Bitcoin Price Teeters at $10,500 – Where Traders See BTC Going Next 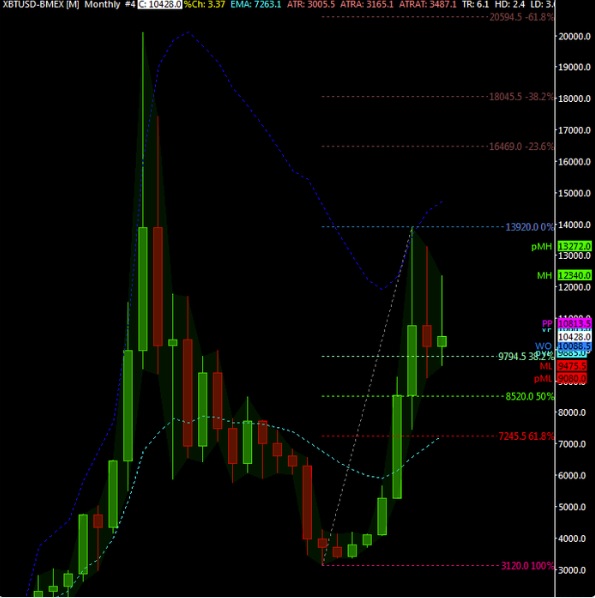 The bitcoin price has stabilized around $10,500 following a spectacular 13 percent rally. As BTC continues to hover around this critical level, here’s where crypto traders believe the dominant asset is headed next. Earlier this week, technical analyst DonAlt revealed that the $10,800 mark has acted as a deafening level of resistance for bitcoin since early July. Consequently, BTC’s performance in the next several days could determine its trend for the rest of the month.

Traders are considering both bullish and bearish scenarios depending on how bitcoin responds to that $10,800 resistance line. Alex Krüger ‏said that a breakout above $10,800 could take bitcoin to at least $11,300, the next level of resistance for BTC. Some traders anticipate that the launch of Bakkt on September 23 could be a deciding factor in the short term trend of the asset, especially considering the noticeable decrease in trading volume in the bitcoin market. In the past several days, the volume of bitcoin has slightly recovered with the “Real 10” volume achieving $1 billion for the first time since late July, but it remains unclear whether the current daily volume will be sustained over the coming weeks.

As bitcoin struggles to reclaim its yearly high, major companies in the cryptocurrency sector in the likes of Coinbase dropped out of the top U.S. startups list, leaving investors to question the possibility of stagnation in the market. If bitcoin surpasses vital resistance levels in the next 24 to 48 hours, ideally clearing $11,400, technical analysts expect a swift short term trend reversal followed by a retest of BTC’s 2019 high. So far, the cryptocurrency sector has struggled to demonstrate signs of a major trend reversal, particularly as altcoins and major cryptocurrencies continue to record steep losses against both BTC and USD.