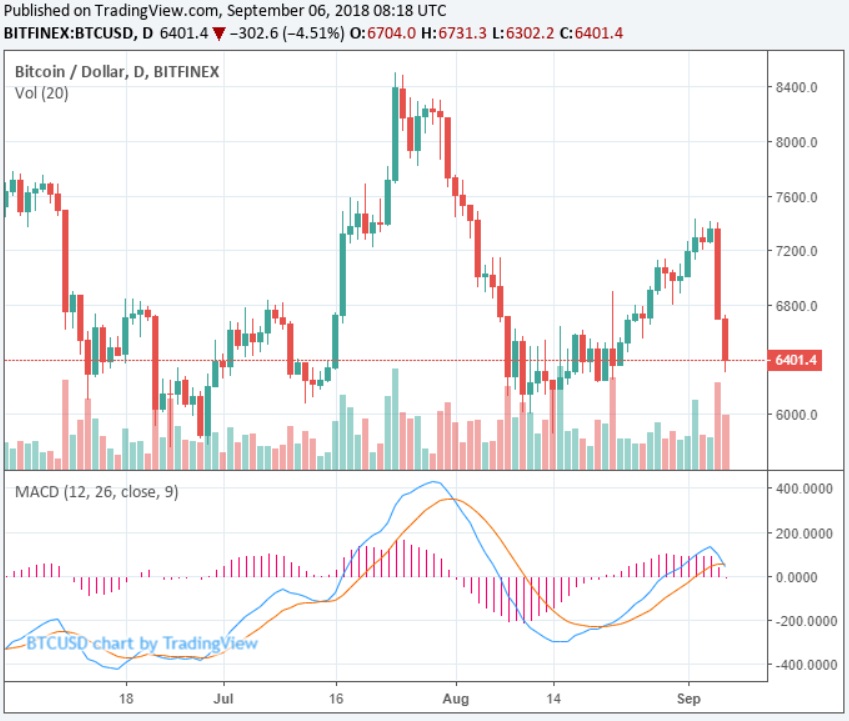 The cryptocurrency market has seen one of its steepest declines in a one-day period since February of this year, losing more than $38 billion from its market valuation. The Bitcoin price has dropped from $7,150 to $6,400 in less than six hours, recording a massive sell-off across major cryptocurrency exchanges. Following the rapid decline in the price of Bitcoin, tokens and small market cap cryptocurrencies took a massive hit. Even tokens with the most liquid Bitcoin trading pairs like Tron, EOS, Cardano, ICON, and Ontology demonstrated daily drops in the range of 5 to 13 percent against Bitcoin. Since Bitcoin dropped by more than 13 percent, large tokens have dropped by around 18 to 26 percent against the US dollar.

The sell-off of the cryptocurrency market was primarily triggered by the decline in the price of BTC. Tokens and major cryptocurrencies have shown consistent correlation with BTC since the correction of 2018 was initiated in February. Many reports have falsely suggested that the decision of $90 billion investment bank Goldman Sachs to delay the launch of a Bitcoin trading desk led the price of BTC to decline substantially. It is evident that the Goldman Sachs announcement had no impact on the short-term price of BTC. Ostensibly, the announcement of Goldman Sachs may seem like a negative development for the cryptocurrency sector. But, Goldman Sachs emphasized that it has moved away from the deployment of a Bitcoin trading desk to focus on establishing cryptocurrency custodianship to help institutional investors and large-scale investors to enter the market.

BTC successfully initiated a corrective rally from the $6,000 to $7,500 in late August, but struggled to maintain momentum above the $7,000 mark. Yesterday, CCN reported that the price of BTC will likely fall to the mid-$6,000 region. In the upcoming days, it is likely that the price of Bitcoin will test the $6,000 support level and bottom out in the low $6,000 region.