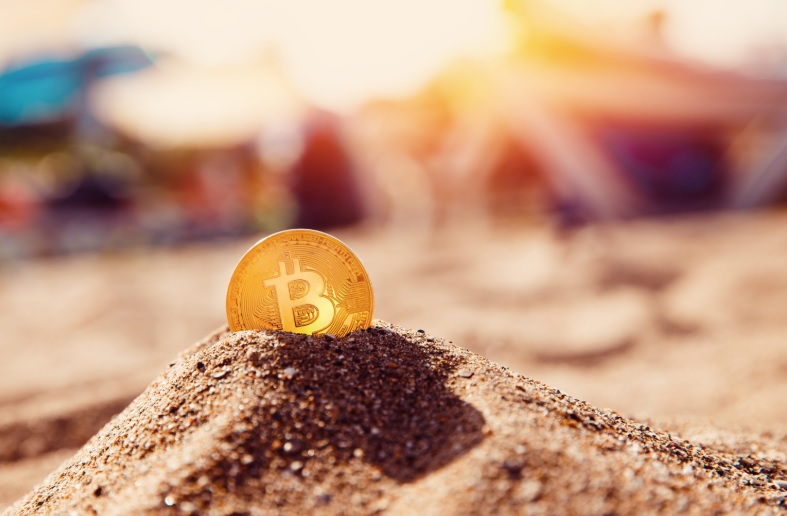 The Bitcoin (BTC) bull run has barely even started, but Fundstrat Global Advisors is absolutely euphoric. In a graphic published recently, the investment advisory firm suggested that the “Fear of Missing Out (FOMO)” is quickly materializing in the cryptocurrency markets, boding well for BTC’s performance in the short to medium term.

In a recent research note, posted by Financial Times’ Adam Samson, the firm’s head of research Tom Lee explained that the Bitcoin market is currently experiencing “Level 5” FOMO according to Fundstrat’s  “Degree of FOMO” scale. As seen above, this doesn’t mean that the cryptocurrency market has peaked though. 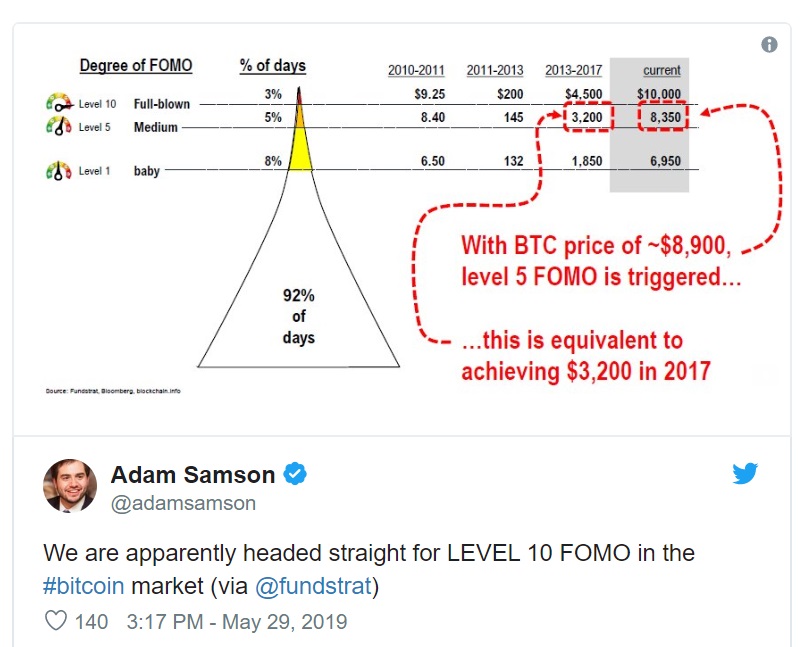 Fundstrat notes that investors have yet to experience “full-blown” FOMO, marked by a reading of “Level 10”. It is unclear how Fundstrat came to such a conclusion, but the company’s analysts are known for using the Bitcoin Misery Index to determine overall investor sentiment and the market’s overall direction.

Once Bitcoin reaches $10,000, “Level 10” FOMO will grace this market, which last occurred when BTC blipped above $4,500 in late-2017. If history is any guide, the cryptocurrency market will shoot even higher once $10,000 is breached. As Lee wrote on Twitter earlier this month, “[$10,000] will see FOMO from those who gloated about the 90% crash in BTC… and those who saw Bitcoin dead as forever.”

While $55,000 for each BTC seems irrational for most, PlanB writes that money from silver, gold, negative interest rate economies, authoritarian and capital control-rife states, billionaires looking for a quantitative easing hedge, and institutional investors will eventually flood into this space.