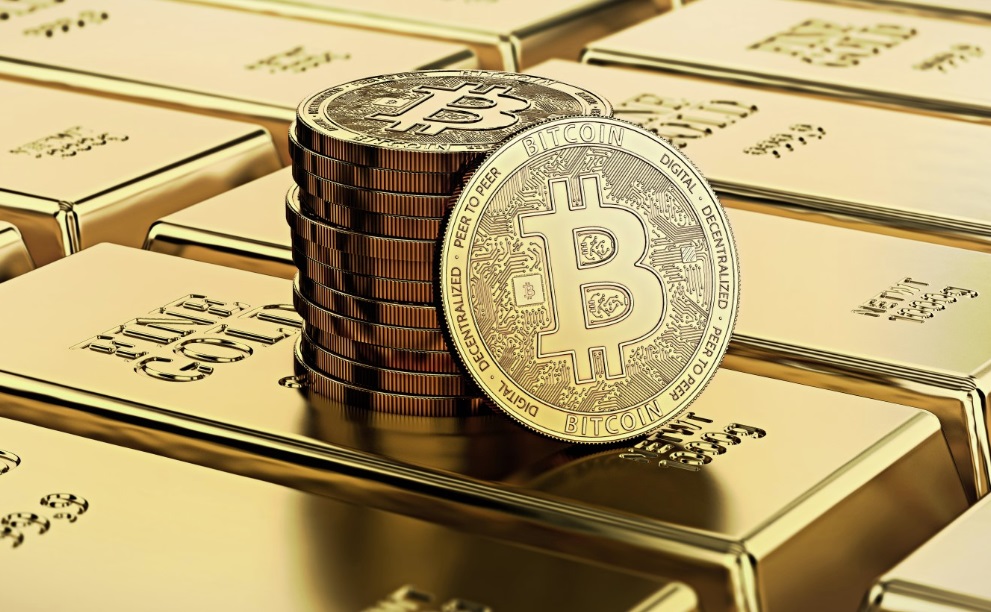 Bitcoin is again feeling the pull of gravity amid a rally in gold – a classic safe haven asset. The premiere cryptocurrency topped out at highs near $9,100 on May 30 to hit a 2.5-week low of $7,432 on June 4.

The pullback was expected as technical charts were reporting bullish exhaustion. After all, the cryptocurrency decoupled from equity markets and rallied by nearly $4,000 in May. Even so, the correction is noteworthy as it is accompanied by a sharp rally in gold prices. The yellow metal picked up a bid at $1,275 per Oz on May 30 and climbed to $1,344 per Oz on Wednesday – the highest level since Feb. 20.

As seen above, the inverse relationship has been in place since the final quarter of 2018. On Nov. 14, BTC dived below the long-held support of $6,000, reviving the bear market which had come to a halt near that psychological support in five months to October. By mid-December, BTC was trading at 15-month lows near $3,100.

The two assets, however, are again moving in opposite directions, as mentioned earlier. It is worth noting that correlation doesn’t imply causation. Gold’s recent rally is likely associated with markets aggressively pulling forward Federal Reserve (Fed) interest rate cut expectations. For instance, the probability that the Fed would cut rates in July rose to 72 percent earlier this week – up significantly from 30 percent seen in early May. Further, the Fed funds futures market is now pricing three rate cuts for this year.