Published US inflation data noted the continued its high growth rate. The core CPI (ex. food and energy) maintained a 2.4% y/y for the second month in a row. These data coincided with analysts’ estimates; however, caused a slight strengthening of the dollar after the release, as traders probably put weaker inflation rates in quotes.

Earlier this week, producer prices undershoot expectations, having lost 0.3% in September and slowed down from 1.8% to 1.4% y/y, which set the markets to a weak report on consumer inflation.

The markets are adjusting to the next Fed rate cut at the end of October, evaluating the chances of this outcome at 85%, backed up by Chairman Powell’s hints. However, higher inflation rates could potentially limit the Fed’s space in further rate cuts. Besides, without progress in trade negotiations, the US set to two more tariff increases, which will impose almost 20% duties to virtually all Chinese import. This tariffs will additionally spur domestic price. 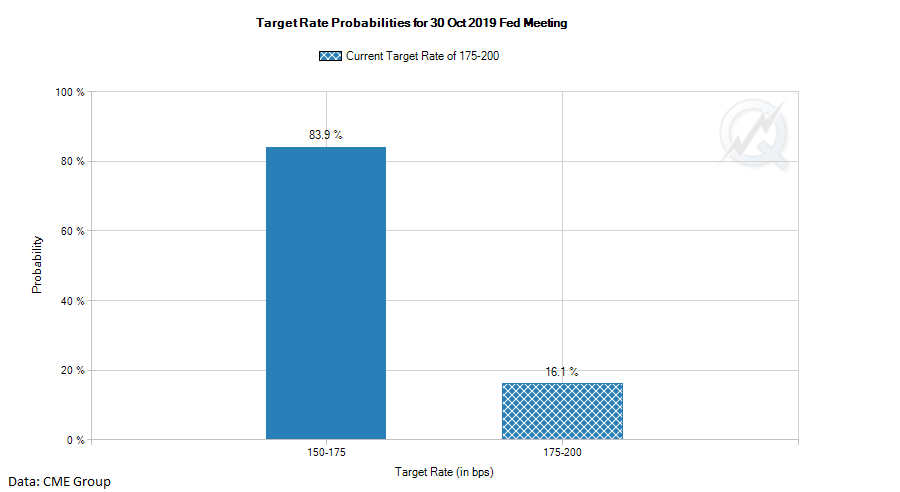 According to CME’s FedWatch, market participants are likely to see a fourth rate cut by February with odds as high as 61.5%. In anticipation of lower interest rates, speculators often bet against the dollar, but higher inflation can significantly affect the current market sentiment in the dollar’s favour.