Back in the game: Brexit news excites pound again

Market focus The expectations of easing are being strengthened among investors, not only due to the Fed’s meeting but also because of the ECB’s one. According to some estimates, the currency quotes are predicted to reduce ECB rates by 10 basis points on Thursday. It is worth remembering that investors make premature conclusions based on the dynamics of debt markets, and it can be distorted by the demand for defensive assets. It seems that this is exactly what we are seeing now: on the one hand, geopolitical tensions in the Persian Gulf are pressing, whilst on the other, there is anxiety about the possibility of a no-deal Brexit if Boris Johnson becomes Prime Minister.

Stocks The key US and European indices add on the rising expectations for lower ECB rates on July 25 and the Fed on the 31st. In addition, the technology sector feels positive after improving forecasts for such large IT companies like Apple. But the FxPro Analyst Team said, it should not be forgotten that the reporting season is in full swing, that increases the chances of both positive and negative “surprises” on the stock market. 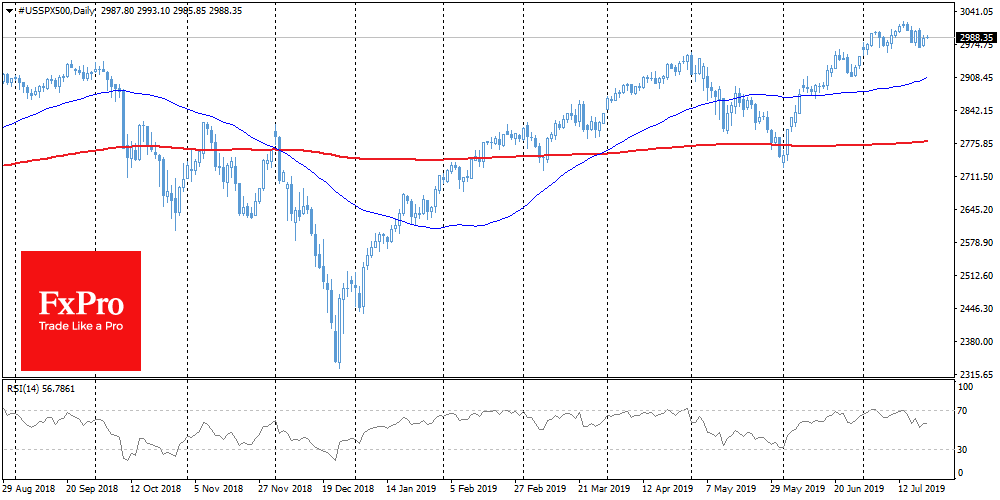 EURUSD The single currency dropped to monthly lows around 1.1190. EURUSD is trying to consolidate below the important support at 1.1200, which has been holding back the weakening of the pair since the beginning of June. The decline in the yield on the European debt markets puts pressure on the euro against the US dollar, where such expectations are already fully embedded in quotes. 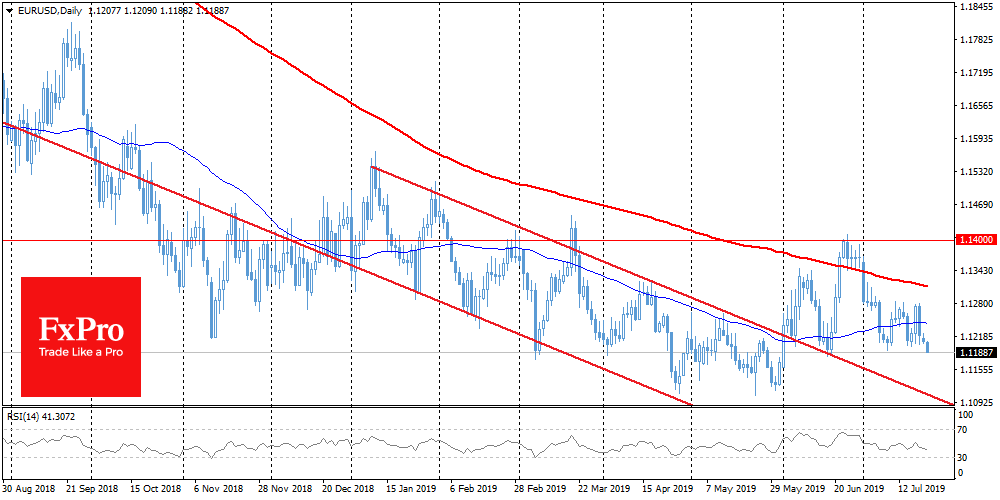 GBPUSD Pound endured a decline, due to increased investor caution. Today, the new prime minister will be announced, following a vote by more than 160,000 Conservative Party members. As is often the case before elections, the national currency is under increased pressure. Moreover, it is fully capable of strengthening, in the event that Johnson – an ardent eurosceptic – takes the post of PM and continues to not rule out leaving the EU without a deal. It should be borne in mind that the pound looks oversold after many months of fall, and therefore the pressure on it may be limited. 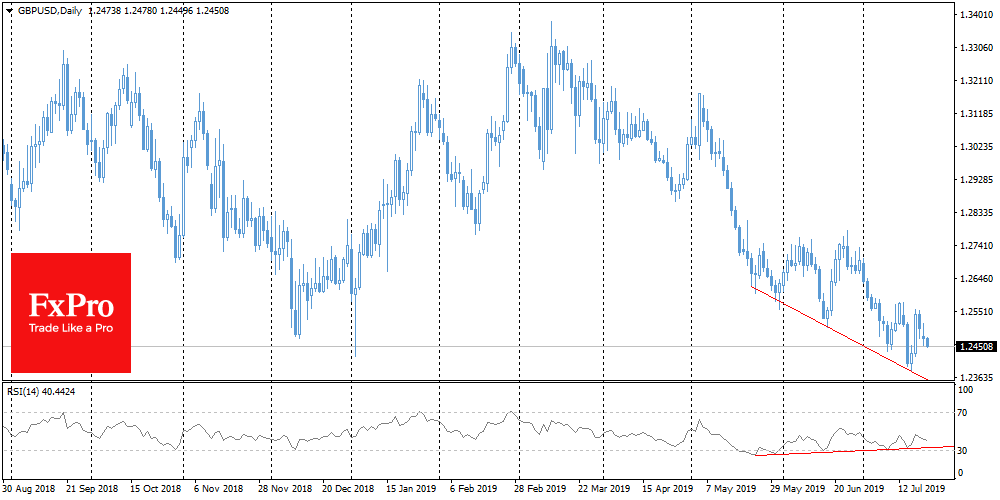