Audi to Cut 9,500 German Jobs in Switch to Electrification 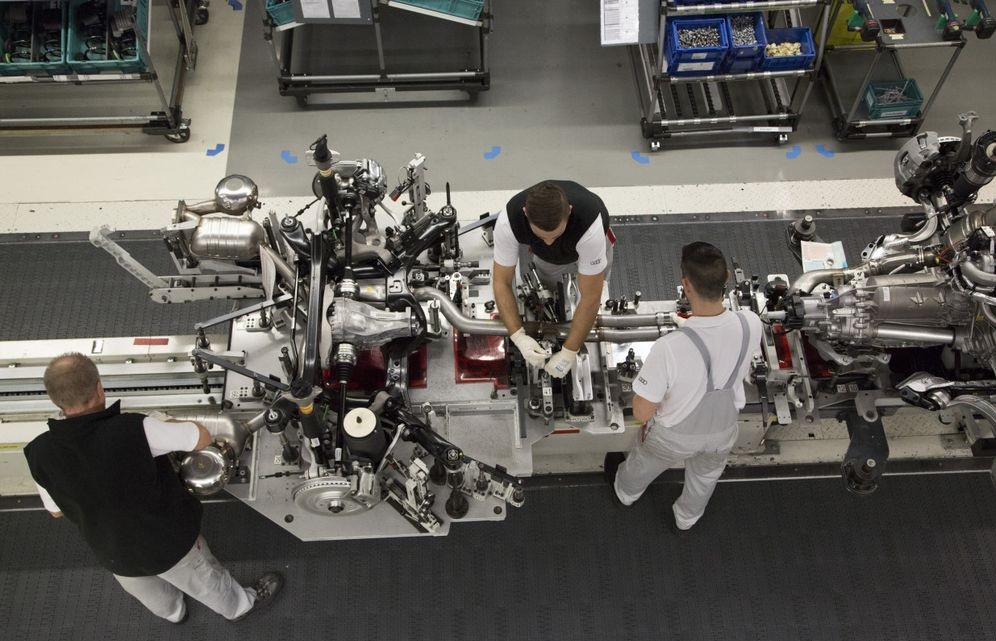 Audi plans to eliminate roughly 15% of its German workforce to lift earnings by 6 billion euros ($6.6 billion) as Volkswagen AG’s largest profit maker pushes ahead with a restructuring plan to help adapt to the costly transition to electric cars.

The turnaround is aimed at regaining ground lost to luxury-car leaders Mercedes-Benz and BMW AG and counter pressure from Tesla Inc. Volkswagen has been scrambling to revive Audi’s fortunes after turmoil sparked by the aftermath of the 2015 diesel-cheating scandal.

By 2025, Audi plans to cut as many as 9,500 jobs in Germany and streamline operations at its two main factories in its home country. The positions will be reduced through attrition and voluntary measures including early retirement, Audi said in a statement Tuesday after reaching an agreement with employee representatives.

The approximately 50,000 remaining employees in Germany will have job guarantees through 2029, and Audi will create 2,000 new jobs to strengthen its engineering muscle for electric cars and digital offerings. Talks with labor unions on the job cuts had dragged on for months, and Volkswagen appointed former BMW executive Markus Duesmann, 50, as the brand’s new chief starting in April to advance the process. He will replace Schot, who succeeded Rupert Stadler after his arrest in connection with the diesel crisis.

The world’s third-largest luxury-car brand has been pushing for a fresh start with a review of its product range, which led to the decision to halt the TT coupe. The former design icon will be replaced with a battery-powered model. To revive momentum, Audi will launch five fully-electric and seven plug-in hybrid models within two years and broaden the lineup to more than 30 electrified cars by 2025. But the transition will be costly after higher spending on electric models like the E-Tron contributed to returns last year dropping to 6% from 7.8%.