Market focus This week promises to be very busy with important news that could potentially set the tone for the next few weeks or even months. At the start of the week, U.S. officials will travel to China to conduct a new round of trade talks. Observers are no longer hoping for a breakthrough in negotiations this time. However, we should not ignore any potential news on this front, as the markets are the easiest to surprise when expectations are weak.

In the middle of the week, the focus will shift to the Fed’s decision on the rate. There is almost no doubt that the rate will be decreased by 25 pips, while attention will be focused on further easing signals. As the FxPro Analyst Team said, a willingness to continue to reduce rates at the next meetings may become a powerful incentive for the rally in stock markets and commodities.

The most influential economic release awaits us at the end of the week: labour market statistics in the United States. This news often provokes a surge in volatility. Analysts on average expect an increase of 160K, against 224K a month earlier and average growth rates of about 200K a month. Besides, the reporting season is in full swing. So far, companies have published data slightly better than expected. In all these cases, market expectations look rather cautious. This creates an opportunity for positive surprises, which can return a positive mood to the markets. 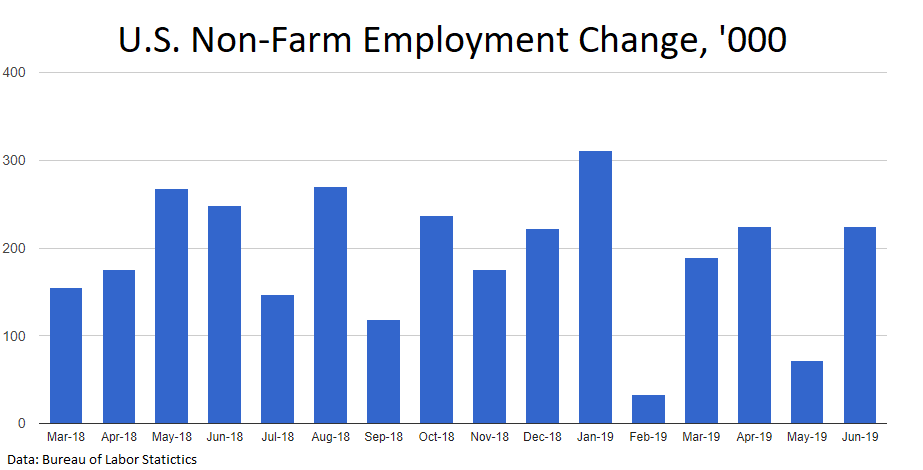 Stocks The Nasdaq and S&P 500 indices closed last week with an update of historical highs. Overall, the reports of IT-companies exceeded market expectations, which contributed to the growth of major U.S. indexes. Nevertheless, in China, there is a fall in the profits of manufacturing companies. It is also worth paying attention to the worse performance of the Dow Jones Industrial Average. Manufacturing industries are often considered as a leading indicator. 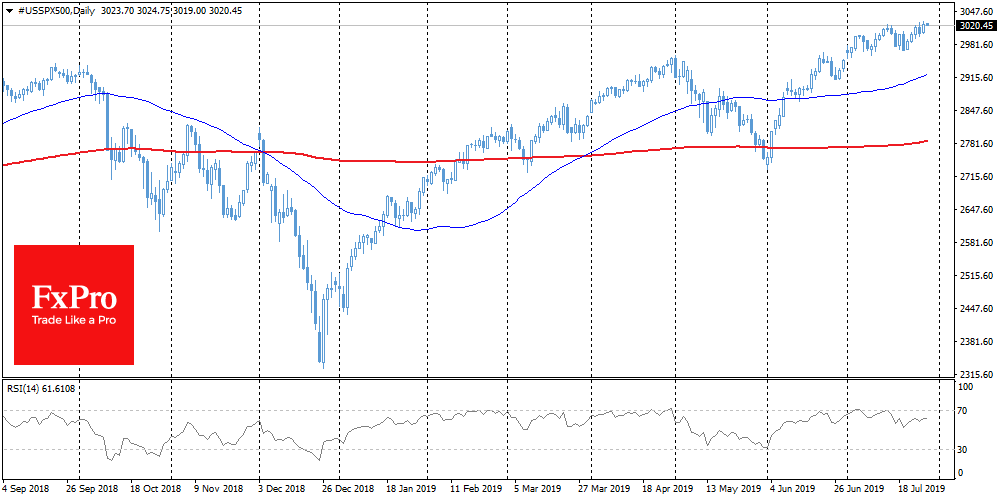 EURUSD The single currency failed to bounce back and returned to the 1.1120 area on Friday evening. The EURUSD pair moved sharply up on Thursday during Draghi’s press conference, as some market participants expected immediate easing. However, in our opinion, the ECB president’s comments did not contain anything that could stimulate long-term buyers. Rather, it was a short-term impulsive reaction. The key battle of bulls and bears over the level of 1.1100 has been moved to this week and may turn out to be a turning point for the EURUSD trend for the coming months. 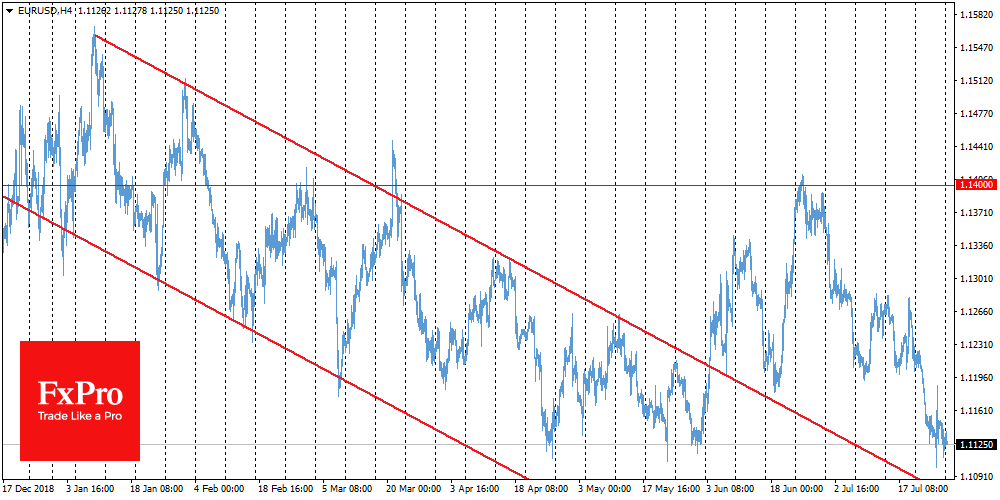 GBPUSD Negative scenarios of exit from the EU without a deal are again put in the GBP price, as the new Prime Minister Johnson intends to leave “no ifs or buts” on October 31, regardless of the course of negotiations with the European Union. As a result, GBPUSD slipped below 1.24 at the end of the week, breaking 28-month lows. On the tech analysis side, however, we continue to receive signals of downward momentum depletion, which increases the chances of a rebound and a subsequent trend reversal. 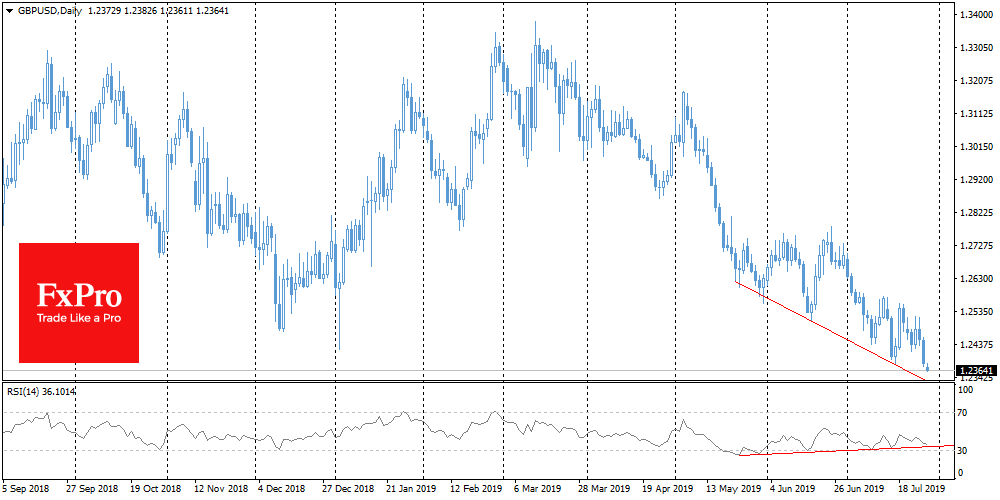