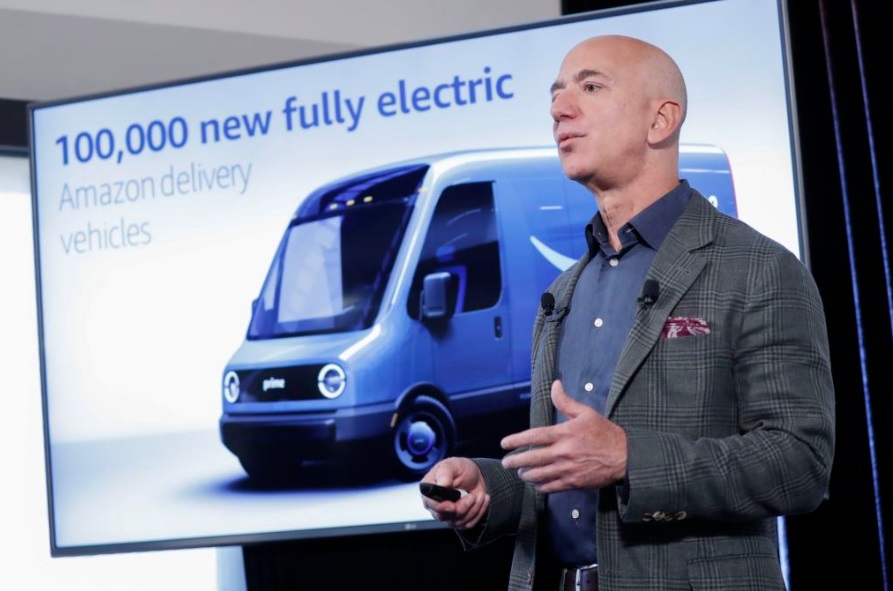 Seven months after electric truck start-up Rivian announced that it had raised $700 million in an investment round led by Amazon, the online retail giant has placed a massive order with the Michigan-based EV firm as part of its new climate change strategy.

According to a statement released by the tech behemoth, Amazon will order 100,000 electric delivery trucks from Rivian as part of its efforts to cut carbon emissions. Amazon intends to meet the requirements of the Paris Agreement by 2040, ten years ahead of schedule. By 2024, Amazon hopes to be using 80% renewable energy.

Rivian will deliver the trucks within a span of three years, starting in 2021. The massive order comes a little over half a year since Amazon led a $700 million investment round in Rivian. At the time, CNBC revealed that Rivian’s R1T pickup trucks would feature a 180 kWh battery pack. This would be enough to offer a range of 400 miles. The truck is also expected to tow cargo of up to 11,000 pounds. Though not in the same category, the highest-range Tesla vehicle, a Model S, comes with a 100 kWh battery pack. Tesla claims this car has a range of 370 miles.

With regards to speed, the Rivian R1T is expected to reach 60 miles per hour in 3 seconds. The Tesla Model S can accelerate from zero to 60 miles per hour within 2.4 seconds. Details about Rivian’s delivery truck have not been announced. Amazon’s deepening alliance with Rivian promises to open a new front in the competition between Jeff Bezos and Tesla CEO Elon Musk. The two are already fierce rivals in space travel, with Bezos leading Blue Origin and Musk heading SpaceX.