Altcoins: Ahead of Libra, XRP cryptocurrency gains toehold in commerce 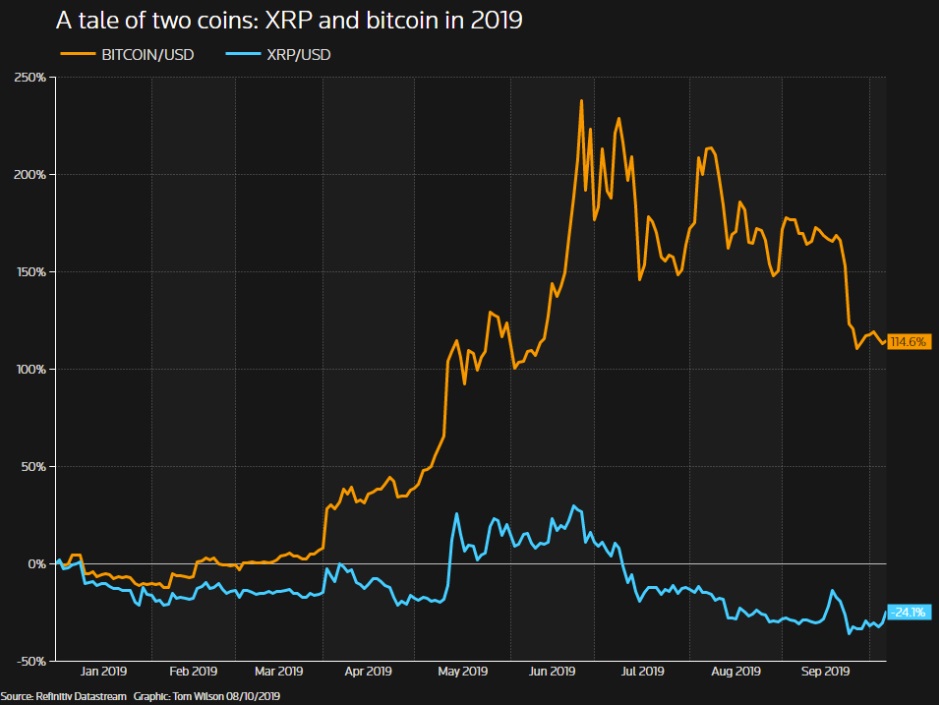 Facebook’s Libra may be grabbing all the headlines at the moment, yet a major cryptocurrency already exists that’s gained a toehold in mainstream commerce. XRP, the third-biggest cryptocurrency by market value, seeks to succeed where bitcoin and other digital currencies have largely failed: in powering fast and low-cost transactions.

In a rare example of a cryptocurrency finding a practical use beyond speculative trading, it has gained a certain amount of traction, with some large financial firms using XRP for international payments. Yet the price of XRP, often referred to as Ripple, has dropped by a quarter so far this year, even as bitcoin has more than doubled and other smaller coins such as ethereum have made slim gains.

XRP’s price performance goes against assumptions of a positive correlation between real-world usage and the price of cryptocurrencies. The fact that bitcoin, the largest digital currency by far, has grabbed an even bigger share of the market this year is a sign that traders looking to capitalize on volatile price moves remain the industry’s main driver. The slide has come despite XRP gaining some traction in the global payments business, which covers anything from card payments to wiring money overseas and, according to consultancy Accenture, is worth about $1.5 trillion this year.