$63 Billion Deleted From Crypto in 7 Days, Ethereum Drops Under $100 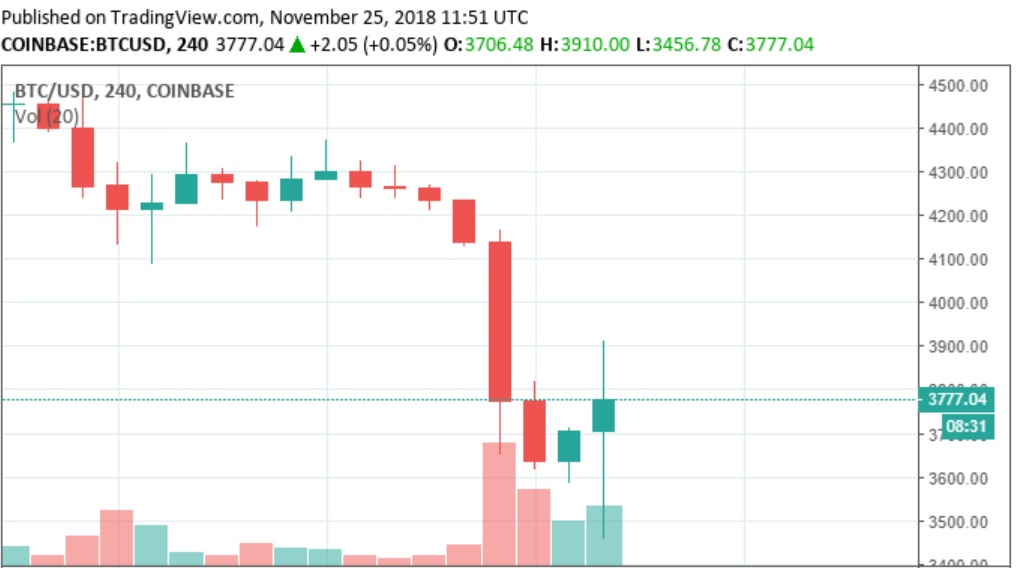 In the past seven days, the crypto market has experienced a drop of more than $63 billion, as major cryptocurrencies recorded double-digit drops. Bitcoin (BTC), the most dominant cryptocurrency in the market, fell by 12 percent from $4.300 to $3,800, achieving a new yearly low. At its lowest daily point, on fiat-to-cryptocurrency exchanges like Coinbase and Kraken, the price of BTC fell to $3,456.

Ethereum (ETH), which is currently demonstrating a daily volume that is larger than that of Ripple (XRP) and Bitcoin Cash (BCH) combined at $2.2 billion, dropped to $98, falling to a double-digit for the first time since May 2017.

With Ethereum at $98 and Bitcoin at $3,456, technical indicators show oversold conditions for both major digital assets. Possibly due to oversold conditions, BTC has recovered relatively quickly from the $3,400 mark to $3,700 within hours.