Bitcoin and the entire altcoin market showed an impressive rebound over the weekend, broke many resistance levels. One would like to support such an optimistic mood. However, we need to ask unpleasant questions, as well.

China supports blockchain in principle, but not Bitcoin particularly. Chinese President Xi Jinping stated the need to accelerate blockchain development. Beijing wants to become a pioneer in the digitisation of the national currency. However, the ultimate goal of the transition to blockchain is to even more close tracking of the financial flows. None of this is positive for Bitcoin or any other cryptocurrency and does not fit into the Bitcoin’s values, as it was conceived as a tool for freedom from governments and central banks. 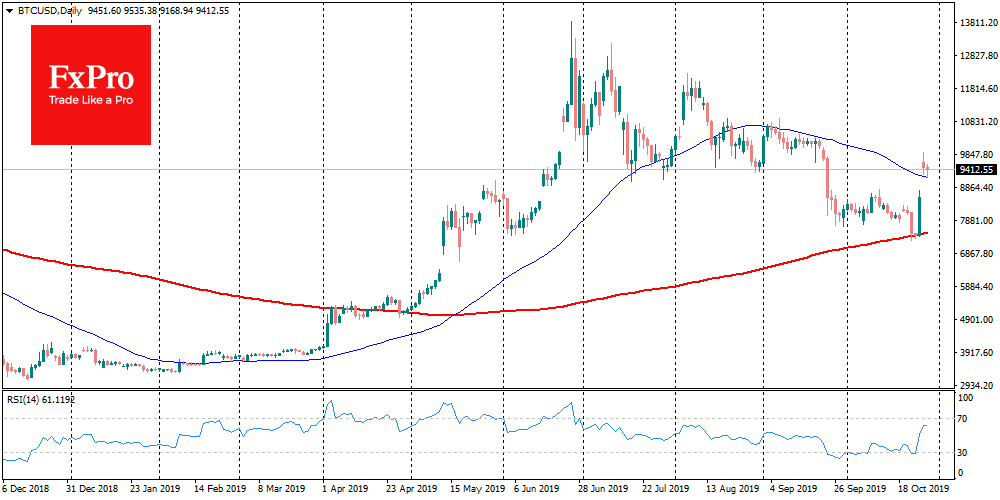 Is big business a supporter of Bitcoin? Of course not. We all saw how the launch of Bitcoin futures ended in December 2017. Besides, according to the former CFTC head, the very permission to launch such futures was given only to break the Bitcoin bubble. In due time, the U.S. authorities did not intervene in the mortgage bubble, and they will not repeat such a mistake. Now Bakkt has been permitted to enter the market. Other participants will also have their “green light” in case of need.

Will the Bitcoin be allowed to grow to $20K, $40K and beyond? It is unlikely. New participants come to the market. The memory of crypto-crisis gradually erased. The recognizability of Bitcoin is growing; new lows are getting higher, which allows thinking about new highs after halving and some other events. Events of the last months show that as soon as any crypto project starts to look solid and substantial, the U.S. regulators quickly suppress its progress and question its very existence. We saw this with Bitcoin ETF, Facebook’s Libra and Telegaram’s Gram.

When was the last time you paid with Bitcoin for services/goods? If you don’t think that the whole crypto market is just a version of the global casino, then you need to have excellent fundamental reasons for maintaining the asset’s position. The main factor is the use of transactions in the calculations or the number of them. The current daily volume stays near the 2016-2017 levels. It turns out that the increase in recognition and infrastructure expansion has not lead to broader use.

No one denies that Bitcoin is a revolutionary product with excellent prospects for future money. Indeed, we can see many more times how unpredictable scenarios are played out in the market. However, for the average user who does not want to lose money in crypto-casinos, only a few factors play a role: simplicity, speed and low transaction price. All of this will soon be provided by governments or IT corporations under the close supervision of regulators. Bitcoin maximalists have often been right for the past few years, but who can say with certainty that even the Winklevoss brothers have not sold their assets in the OTC market for $20K, then bought at $3K and sold again at $14K?