A corrective sentiment continues to prevail in the crypto market. Yesterday afternoon, Bitcoin briefly dipped to almost $17,500 and is trading at $18,400 at the beginning of the day on Thursday. Nevertheless, with the general downward trend continuing, which is clearly visible on the daily charts, buyers are coming to the rescue, stepping up purchasing after sharp declines. However, there were not many who wished to open positions with the current discount.

The pendulum has swung in the direction of the bears, and the increased trading volumes show that bitcoin is changing hands more actively than before. Amid extreme overbought conditions, many are rushing to take profit after double-digit price gains over the past two months, in anticipation of the end of the calendar year.

The active role of institutions also increases the correlation of cryptocurrencies with Gold and stocks mostly included in the Nasdaq. Both assets are under pressure for a second day, which is not encouraging optimism among buyers.

Along with Bitcoin, the correctional pullback has spread to altcoins, which usually react more actively in such situations.

Since August, MicroStrategy has been supporting Bitcoin by reporting large purchases. Now the company plans to raise another $400 million to buy bitcoins through a bond offering. MicroStrategy has already invested $475 million in Bitcoin, and the first cryptocurrency was able to show recent highs due to this news. The current news probably does not lead to as strong a reaction right now because of the overbought market. Nevertheless, it will help in the future by bringing in new investors.

Countries with troubled economies, as well as those under sanctions, can also provide background assistance to the crypto market. For example, Venezuelan authorities intend to use cryptocurrency to avoid U.S. sanctions. Anonymous sources from the country’s Central Bank say that they are already paying for imports from Turkey and Iran in Bitcoin.

Demand from a rapidly impoverished part of the world, driven by distrust of local currencies and the inability to settle in dollars, could be a real driving force for Bitcoin and other cryptocurrencies as a means of payment and promote its active use, not just price speculation.

Rotation from Bitcoin to altcoins? 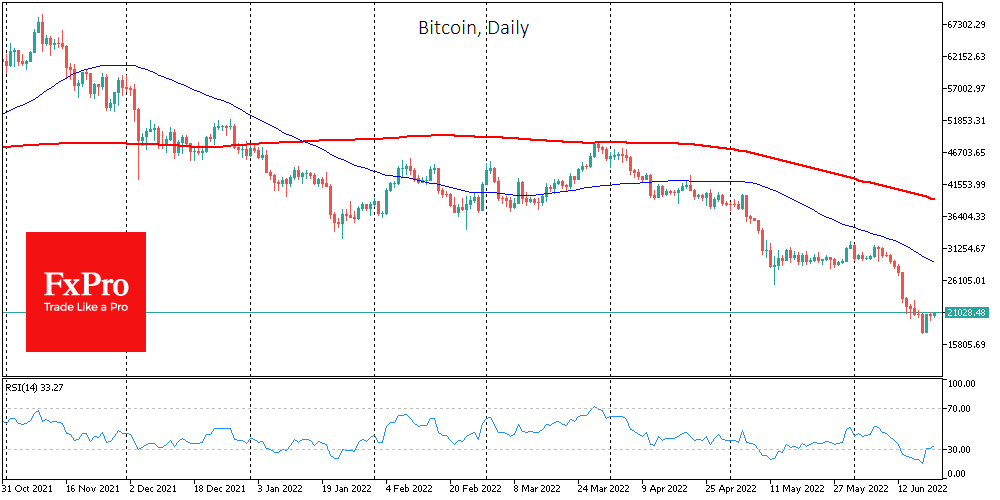