Home › Crypto Review › Crypto market was the star of the last 10 years, but now it testing hopes

Crypto market was the star of the last 10 years, but now it testing hopes

Bitcoin declined under the round $7K, losing more than 2% over the last 24 hours on increased trading volumes. Thus, the crypto market is going down again according to the scenario “what does not grow is falling”. However, if Bitcoin falls by 2%, then altcoins multiply the downward dynamics in several times, reflecting rather deep disappointment of investors and disbelief even in the medium-term prospects of the alternative cryptocurrencies market.

The Bitcoin dominance index rose again to 67.1% against this background. At the same time, Tether (USDT) stablecoin also shows positive dynamics, attracting funds from investors that withdraw them from volatile assets. The Bitcoin greed and fear index is at “Extreme Fear”. Moreover, last week the index also reflected a profound level of fears among crypto market participants.

The Bank of America Merrill Lynch concluded that Bitcoin became the most profitable asset of the outgoing decade. Supporters and opponents of the first cryptocurrency still can’t decide what Bitcoin will be for the global financial system in the historical perspective. Now the most likely scenario is that the idea of blockchain, which is at the heart of Bitcoin, will be a step in the transition from fiat to fully digital currencies. Bitcoin tool kit will allow governments to realize their long-held dream: to take control of capital flows within the country, abroad, to finance their activities anonymously abroad and to create a new image of reserve currencies.

U.S. Treasury Secretary Steven Mnuchin and Federal Reserve Chairman Powell were dodged when they said they did not intend to create a digital token for the U.S. dollar. Whatever officials in the U.S. state, their fierce reaction to Libra most clearly reflects the plans of the monetary authorities. 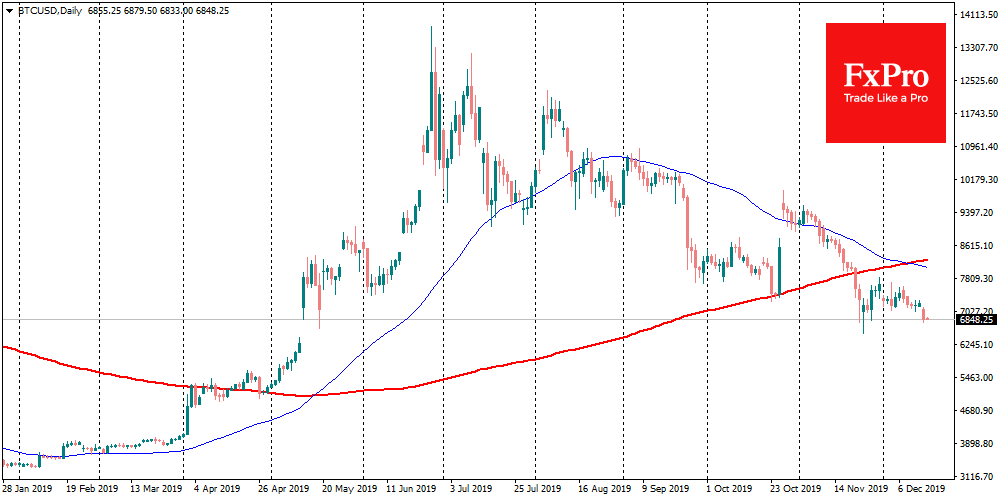 One can only assume what areas of influence are opening up to the governments of countries with the most potent digital currencies. On the one hand, the United States will unite the English-speaking world and Europe around its token. On the other hand, China will expand into the Asian region, which could bring the user base up to 2.5 billion people. Globalization may lead to the fact that there will be only a few regional digital reserve currencies, several specific ones, as well as some anonymous ones in the grey market zone. Governments have the resources to create extremely competitive and easy-to-use cryptocurrencies that will not compete with the current ones but destroy them.

As much as bitcoin-maximalists would like to compare BTC with gold, so far the governments are stronger and their approach looks more complicated, large-scale and structured.

Likely, 2020 will not be a breakthrough year for Bitcoin, and new price highs will go downwards. The next rebound may be in the range of $10K. However, shortly, the search for a possible “bottom” where Bitcoin may lay in the next few months and from where he may form a turnaround to growth, looks correct.

Breakthrough of the 200-day average, as well as the “death cross” (50-DMA dipped below 200-DMA), are set up for an extended sale-off, the target of which may be one of the areas of previous consolidation with the nearest stops at $5,000 and the potential for the subsequent collapse to $3,000.