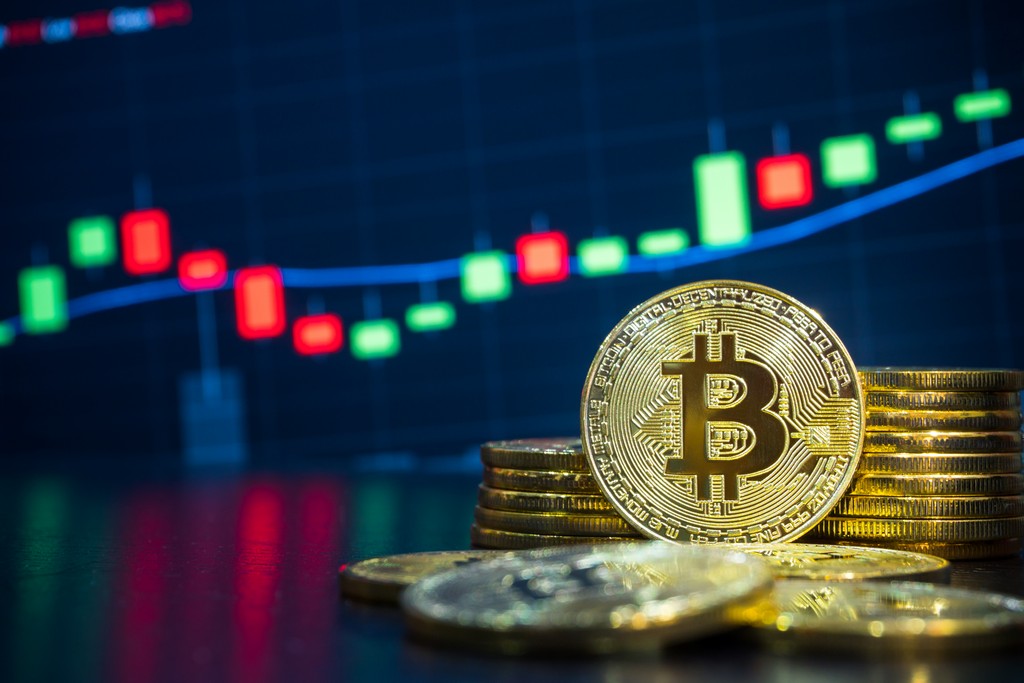 The cryptocurrency market shows a cautious growth at the beginning of the new week. Bitcoin climbs more than 2% and changes hands for $9,400. Even more encouraging for the bulls is the growth of trading volumes together with the price of the asset. According to CoinMarketCap, the amount of Bitcoin traded grew by $7bn in the last 24 hours, which usually indicates the prevalence of bullish sentiment and pulls the price up. TOP-10 altcoins do not lag behind the first cryptocurrency added from 1% (Bitcoin Cash) to 17% (Stellar).

The “Greed and Fear” Index of Bitcoin remains at a “neutral” territory at 54, indicated the approaching of a moment when short-term investors can start to take profits. Bitcoin dominance index declined from a maximum of 71% at the beginning of September to 67%, that considered a healthy trend, as funds from investors began to flow to other digital currencies. This indicates a return of faith in the prospects of the altcoins.

The positive technical picture could become a significant reason for the positive dynamics of Bitcoin. Last week, the price stabilised near the 50-day average, and on Monday it managed to push away from this mark. In July, when we last time saw a similar rebound from MA50, the price spiked by 27%. Repetition of the same amplitude may lead the BTCUSD to $11,500. 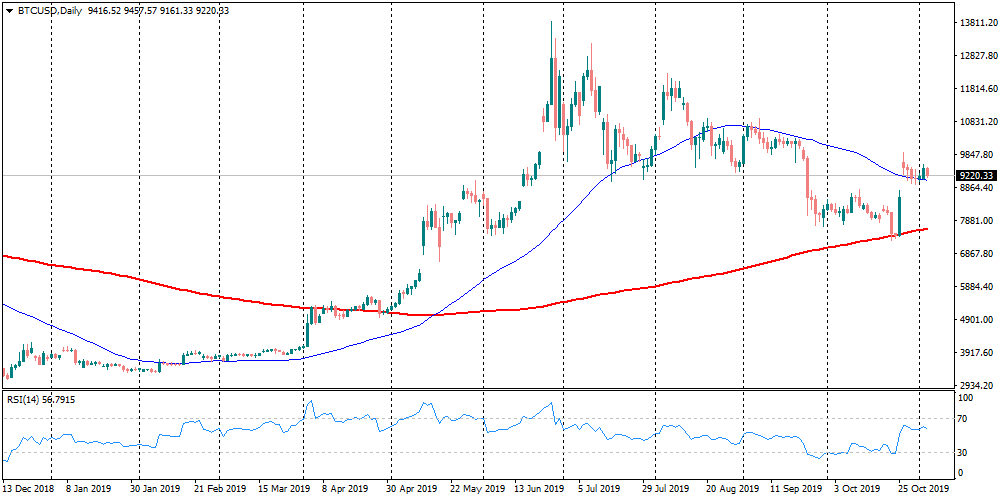 However, more and more often any fluctuations of the Bitcoin price are associated with manipulations. A new analysis by analysts John Griffin and Amin Shans showed that the historical Bitcoin rally in 2017 was associated with the additional issue of USDT, the Bitfinex exchange and manipulation of just one “whale”, whose identity is not specified. All participants deny their involvement, as they did before. However, over the past few years, hardly anyone will remember the news-trigger titled “Bitcoin set the maximum on the background of growing retail transactions”. No, each time the analysis leads to such reasons either direct manipulations or news triggers, that is difficult to associate with price growth with a cooler head.

At what price per Bitcoin would you be willing to sell your asset? The LendEDU survey, in which about 600 people took part, showed that they would sell at a price of around $200K. With issuance of volume of 18,029,300 BTC, it turns out that the capitalisation of Bitcoin would be about $3.6 trillion compared to the stock market cap at $68.6 trillion. Bitcoin-maximalists often replicate this approach. If you believe that it is Bitcoin that is “the only and the best”, then the price of $200K does not seem so incredible.

What if you try to go beyond price and capitalisation? Behind the stock price are the companies, corporations, and the governments behind them. Who is behind the Bitcoin? This is its advantage and disadvantage at the same time. A brilliant mathematician (or group) has created an algorithm that has managed to make its way towards the mainstream financial market, but will someone let Bitcoin into the “elite club”? So far, these doors have been closed, judging by the collapse of the coin at the end of 2017.

Nevertheless, in Washington, the crypto lobby is gradually gaining momentum, and politicians are accepting donations in the BTCs. Still, this is not broad retail acceptance, but if the digital currency loyalists start to come to power, the situation will change, albeit slowly. For the time being, the regulator may “busting” the Bitcoin bubbles for the foreseeable future, as the growth of this market invariably linked to the mortgage bubble and the ensuing Great Recession.