Bitcoin is drowning but floundering

Bitcoin is once again testing the strength of the optimists. It is easy to see a sluggish downward trend on the chart, but on Tuesday and Friday morning, there were a couple of price bursts that ended in nothing. So far, it looks like an attempt to make a sharp jump from the swamp.

If the tug-of-war between the bulls and bears ends in a victory for the latter, the next support could be round level of $8K, and then a 200-day moving average of $7,800. 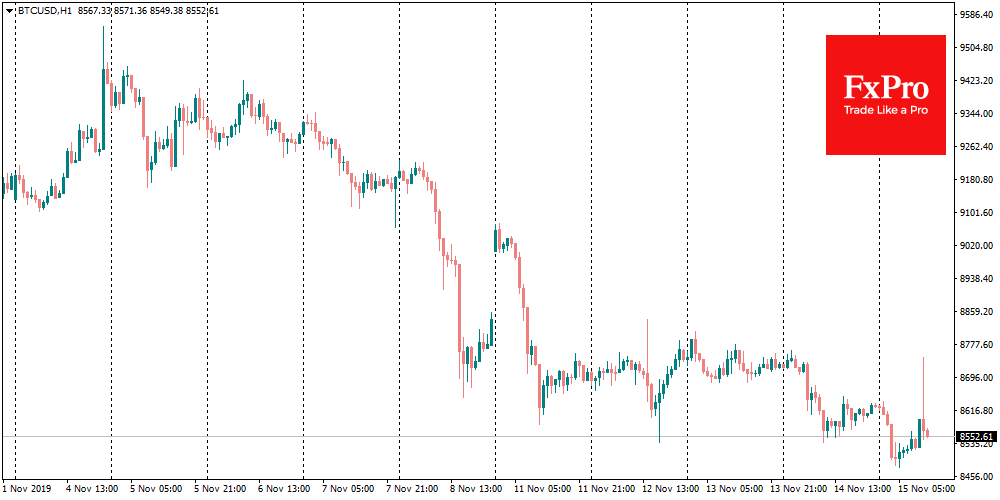 Most altcoins replicated the benchmark cryptocurrency’s dynamic, but some of the TOP-10 cryptocurrencies have their growth drivers. A campaign to support XRP started in the crypto community with the active steps of the media and bloggers. Growth “to the Moon” is broadcasted via all possible channels, while one of the news may indeed be a positive impulse for the price.

Coinbase added XRP to the list of cryptocurrencies that can be used with a debit card issued by the cryptocurrency exchange. This service is available in 29 EU countries and includes other most popular cryptocurrencies (BTC, ETH, BCH, LTC) besides XRP. In general, this can be considered as a big step to promote the use of cryptocurrencies in the real world, but needs to convert to fiat still spoils a lot. CFTC head Heath Tarbert expressed an interesting position about the upcoming transition of Ethereum (ETH) on POS-mining (Proof of Stake). The official believes that in case of successful implementation, Ethereum can be considered as a security. ETH fans have been waiting for the launch of the new version of the project for several years. Still, the slowness of the developers indicates possible complications related to this event.