Bitcoin (BTC) – one in the field but without shield

Bitcoin experienced another wave of correction, which reduced the price of the first cryptocurrency by 13%. However, on Friday morning, BTC is already showing signs of the return of demand from buyers, which are becoming active due to the possibility of entering the market on local dips. The price of the benchmark cryptocurrency is close to $11,700, while at the start of the day the quotes declined below $11,000. At the same time, the Bitcoin dominance index reached 65.4% – the maximum in a year and a half. 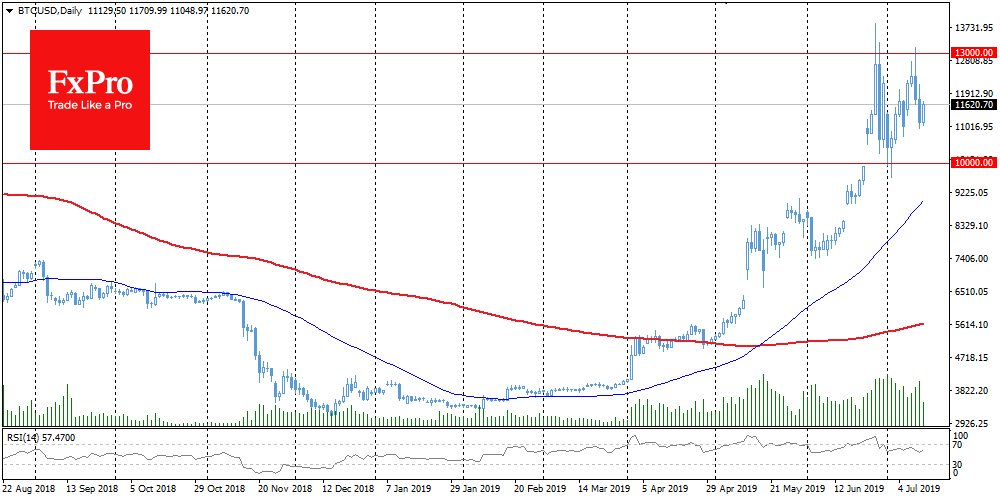 Altcoins have some difficulties with growth. Earlier in the week, there was simply a “blood bath”, and new demand is in no hurry to help. At some point, the drop in altcoins in the TOP-10 reached 20%. Dissatisfaction with the price dynamics of alternative cryptocurrencies has matured long ago. Many investors bought near current levels but did not see a repetition of the 2017 history, when alternative currencies rose even faster than “benchmark”. 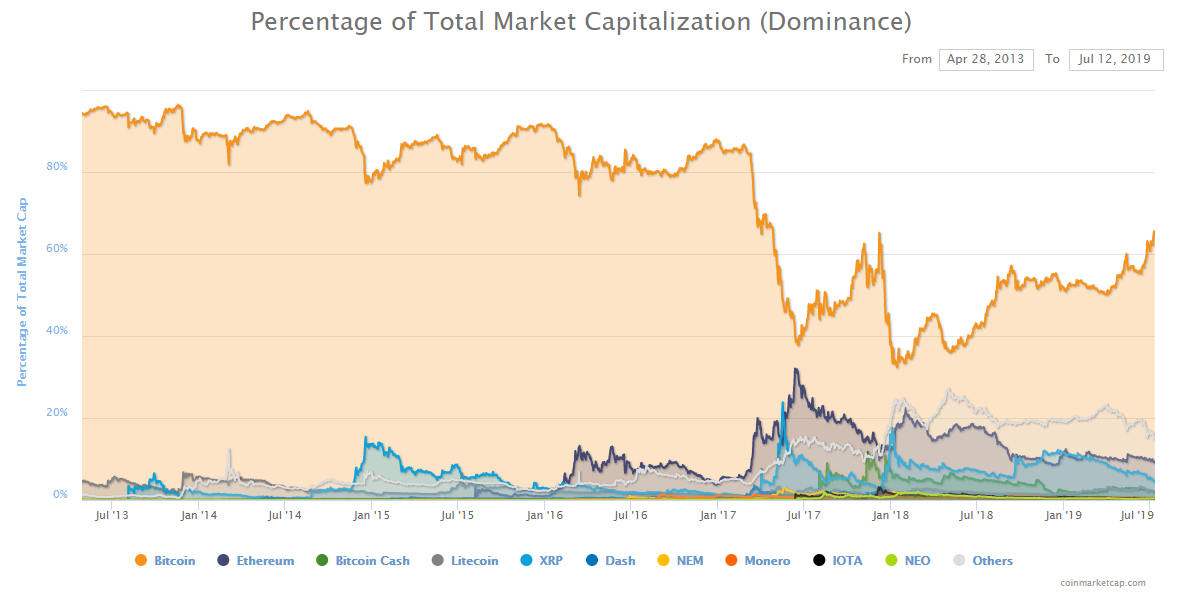 The altcoins sale-off is also heated up by crypto-media, indicating the current meaninglessness of the existence of most alternative coins. The end of the ICO era deprived Ethereum of constant feeding with “real money”, whereas the “more advanced counterparts of Ethereum” also lost their relevance. Anonymous coins, including Monero, Zcash, and Dash, are still anonymous and are surely popular in certain circles, however, they need infrastructure to increase mainstream popularity. Ripple faces serious difficulties in integrating the XRP token into remittances. Everything points to the need for the emergence of new projects, while the old ones are now seriously stalling.

The crypto market participants are more and more divided into 2 camps: some hold ultra bullish views on the future of Bitcoin and even altcoins, others point out fake trading volumes of exchanges, zero value of altcoins, the completely speculative nature of bitcoin. Nevertheless, it is always worth remembering the phenomenon of Nassim Taleb “black swan”. It is especially relevant to bitcoin: as market participants grow more confident in future growth, risks also grow parabolic. One may predict the future on the basis of the past but in practice each time the future remains unpredictable.