Bitcoin settled around $11,000 for several days, and it seems that this was enough for the bulls to gather their strength and start a new series of purchases. Over the past 24 hours, Bitcoin adds more than 11% and trades around $12,600. The benchmark cryptocurrency returns to enthusiasts the hope that new highs are possible. Given the less similarity of the current dynamics with the December 2017 rally, investors have all the reasons to expect new price records. 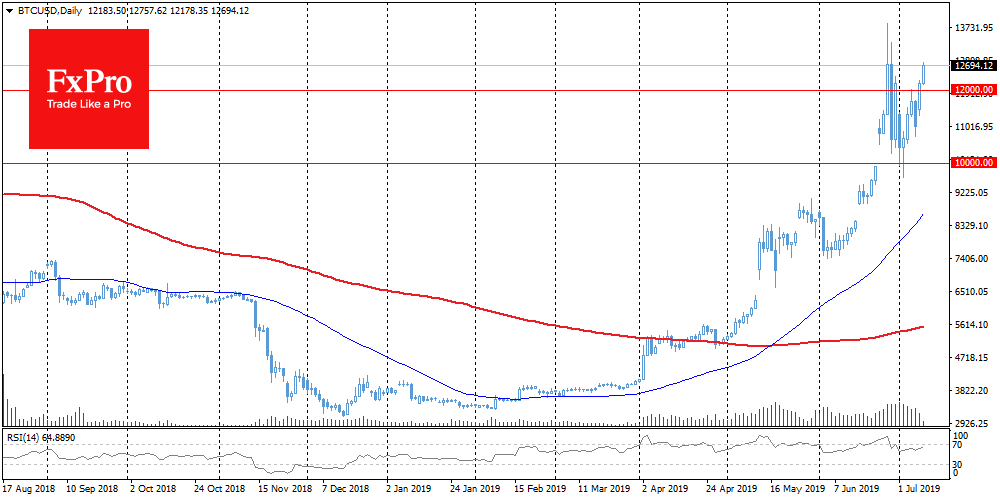 According to Google Trends, there is a worldwide growth in demand for the purchase of Bitcoin. It is widely believed that this data reflects the demand for an asset from the retail investors, as institutional buyers use other channels to obtain information about the asset and how to buy it. Users are looking for mobile applications to buy or sell bitcoins, they are interested in the opportunity to buy cryptocurrency via credit card, and also the common question is: “should I buy bitcoin now?” Obviously, this demand is retail and the greatest demand right now is for smartphone applications. Users are interested in simplicity and anonymity. It should be noted that hardly any application will allow Bitcoin buyers to be unverified.

Moreover, in addition to the risks due to extreme price volatility of Bitcoin, users will face with the internal price rates of the apps and exchanges, that is, they will have to buy Bitcoin (for example) for $13K taking into account that average price is $12,600, but to sell (or withdraw to the account) at $12,300. And this is quite a loyal spread. The higher the demand, the greater the spread.

Now it seems that we are dealing not with rush growth, but with consistent dynamics. The BTC price dynamic, interrupted by rest and corrections is moving towards new goals, bringing in profits to scalpers, as the daily fluctuations can still be impressive enough to open and close positions within the day.

The Bitcoin really becomes an analogue of the global digital casino, where some will get everything, while others will just play. This is exactly the format of digital money usage that central banks are comfortable with, while countries that suffer from economic and political shocks still need to get another monetary instrument for daily settlements, such as Libra or other stablecoin.