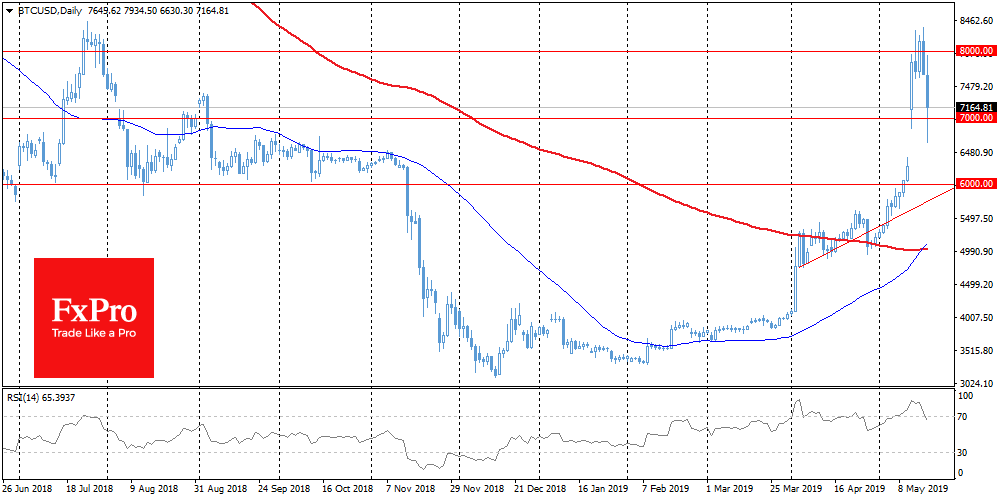 On Friday morning, the benchmark cryptocurrency loses more than 9% and trades around $7,300. Within a few hours, the BTC fell by more than $1400. Market participants, apparently, do not have excessive patience with respect to Bitcoin. Unsuccessful attempts to grow above $8,000 resulting in increased pressure. As a result, a resistance zone around $8,000 was formed, which BTC failed to pass in July 2018 and stumbled over it the day before.

The number of supporters of the new wave of growth was not enough to continue to fuel the non-stop rally. The decline of Bitcoin covered the entire altcoin market, whose losses by Friday morning exceeded 10%.