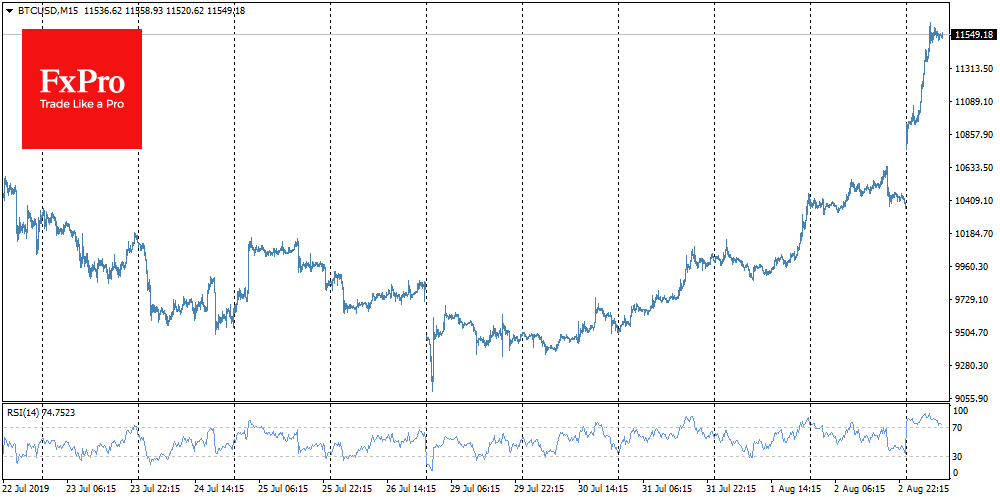 Bitcoin jumped by $600 overnight with simultaneous growth in trading volumes, which may signal the bulls mobilization. During the last day, BTC added more than 8% and traded around $11,600. Trading volumes for the last 24 hours jumped by 32%. For a stable transition to the Bitcoin rally, it is necessary to gain a foothold above $11,800 – the level which had previously become the starting point for a rather impressive correction of Bitcoin to $9,300. It is very likely that Bitcoin was supported by turbulence in financial markets, particularly in China, and investors rushed to buy an asset, which is not connected with traditional financial markets, which is feverish in recent days.

Bitcoin proved that there is an unrealized buying potential in the market, negative events around Libra have lost their influence, and the positive news background in the form of the approaching launch of Bakkt contributed to the improvement of investors’ sentiment.