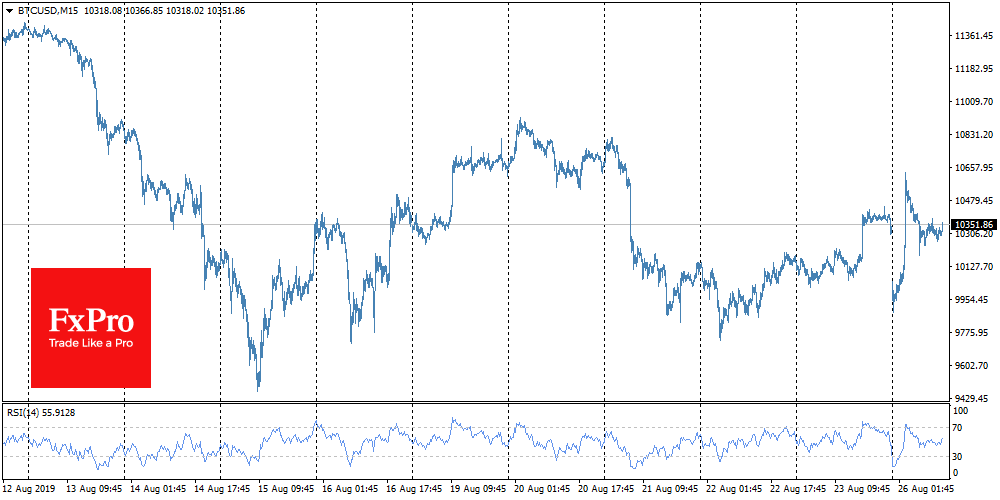 During the last 7 days, Bitcoin repeatedly demonstrated sharp fluctuations but failed to get out of the side trend of $10-$11, practically unchanged in the price over the week. It is possible to note an alarming signal: trade volumes were growing at the falling prices, which may indicate the strengthening of bearish positions in the market.

The summer lull is coming to an end, and together with the launch of institutional investment instruments, including Bakkt, we can see a new round of swaying Bitcoin and other cryptocurrency markets.

On August 23, at about one moment, 2 new nonidentified wallets appeared in the list of 100 largest BTC wallets with single transactions of +36,470 BTC and +33,705 BTC, which in total equals almost $723 million at the current exchange rate. Such activity indicates the accumulation of funds by new market players and the possible emergence of new “whales” in the market. And this is a good signal for Bitcoin.