Bit-comment: Cryptocap sank by $54 bln, but still no bottom in sight 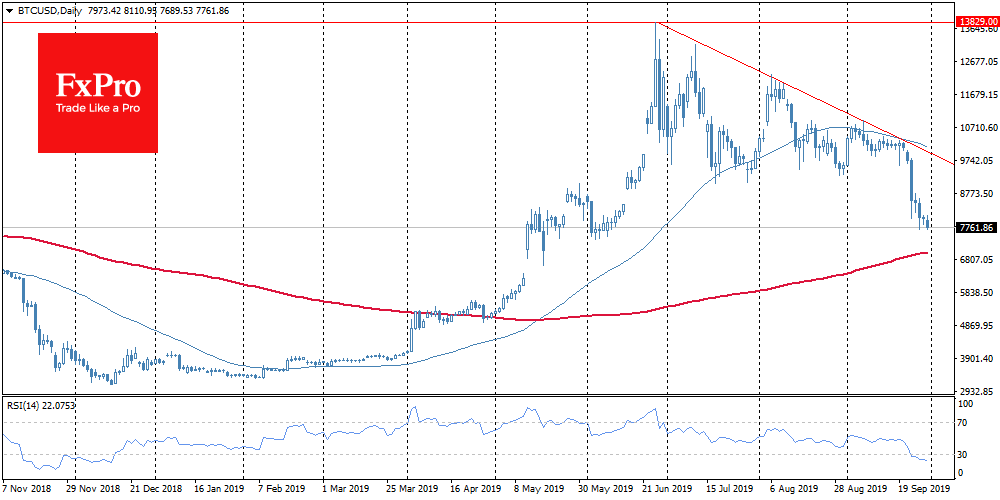 Bitcoin continues its slide down after balancing for some time near round level 8k. The first cryptocurrency asset went down again and traded at $7,750 at the time of writing, losing almost 4%. The rest of the digital currencies show a proportional decline, while the market as a whole remains in a depressing position.

During the week its capitalization declined by $54 bln., and it seems that it is not the bottom. Shy attempts to rebound, which allowed us to talk about reaching the bottom, have not yet been successful. All this suggests that now there may be conditions for a new ideal storm of cryptocurrencies, the result of which will be an even greater correction of Bitcoin with the nearest important mark located at a 200-day average at $7,000. If the bulls don’t hurry to help, the market can expect an uncontrolled decline.