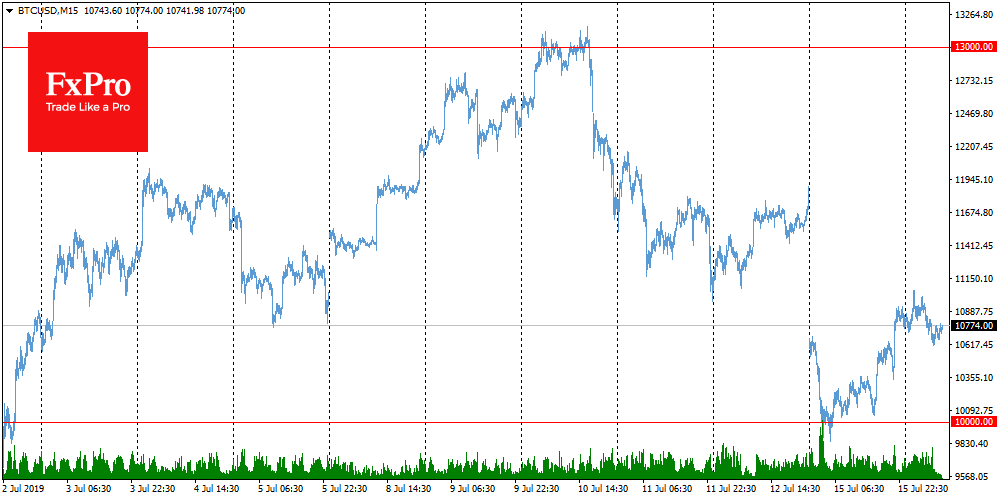 Over the past 24 hours, the BTC has added more than 5% and traded around $10,700. Bitcoin and other cryptocurrencies are attracting buyers’ demand after the correction. Nevertheless, the losses during the week were about 14%. The first cryptocurrency retains more signs of stability than the altcoins. For example, Ethereum lost about 27% in 7 days. At the moment market participants will be watching how this decline will be redeemed.

Caution of buyers and minimal trade volumes may provoke further decline, giving a signal to a new round of sell-off. The crypto community attaches great importance to the hearings in the U.S. Congress on Libra. Suddenly, this story began to have a very strong impact on the future of the entire sector, as Facebook attracted impressive attention of officials, calling into question the future of the regulation of the entire sector, which is still headed by Bitcoin.

The bad news is that Facebook has decided to postpone the launch of its cryptocurrency until the concerns of the Treasury and the US Federal Reserve are resolved.