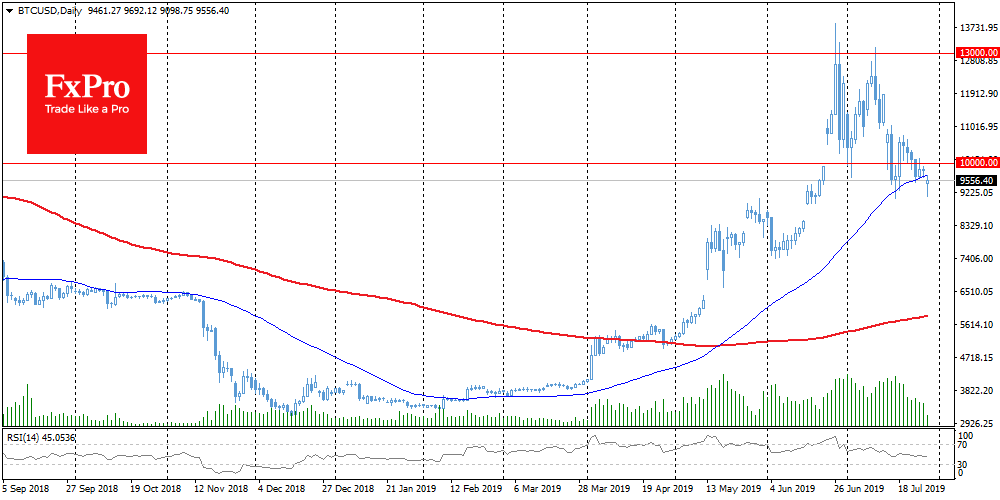 Over the past 24 hours, Bitcoin has added more than 1% and traded around $9,600. However, at the weekend the first cryptocurrency declined below the 50-day average, followed by a drop to $9,100. Attempts to recover in the area above 10,000 still face serious resistance. On the tech analysis side, the fight for the 50-day average will be an important signal of the trend development. Consolidation of the results of Monday below this line may precede the increase in pressure.

On the one hand, the benchmark cryptocurrency faces sharp corrections over and over again with the overall growth of trading volumes at these moments, which may signal the prospects for a deeper decline. On the other hand, buyers do not allow a chaotic decline. Analysts of the crypto market point to the possibility of a rather deep correction down to $7K, but note that it may attract new long-term buyers to the market.