Bit-comment: Bitcoin spent the weekend in a sideways 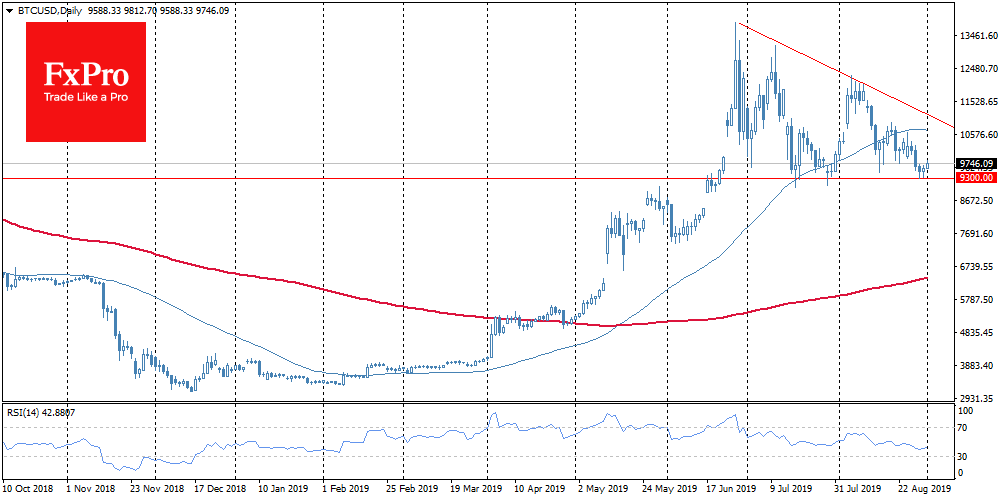 Bitcoin spent the weekend in a sideways trend, frozen at $9,600. Bitcoin trading volumes declined by almost 44%, and by 40% across the market as a whole against the end of the week when Bitcoin was selling out. Apparently, for some time the whole cryptocurrency market and BTC, in particular, lost investors demand. On the other hand, the BTC dominance index increased, reaching 69.4% by the beginning of the new week, indicating that the trend of selling altcoins in favour of Bitcoin continued.

On Monday morning Bitcoin shows signs of a revival of price dynamics, adding almost 1.5% for the last day and trades around $9,800. Leading altcoins demonstrate close to zero dynamics, reinforcing the feeling of indifferent behaviour of investors in relation to the cryptocurrencies at the moment.