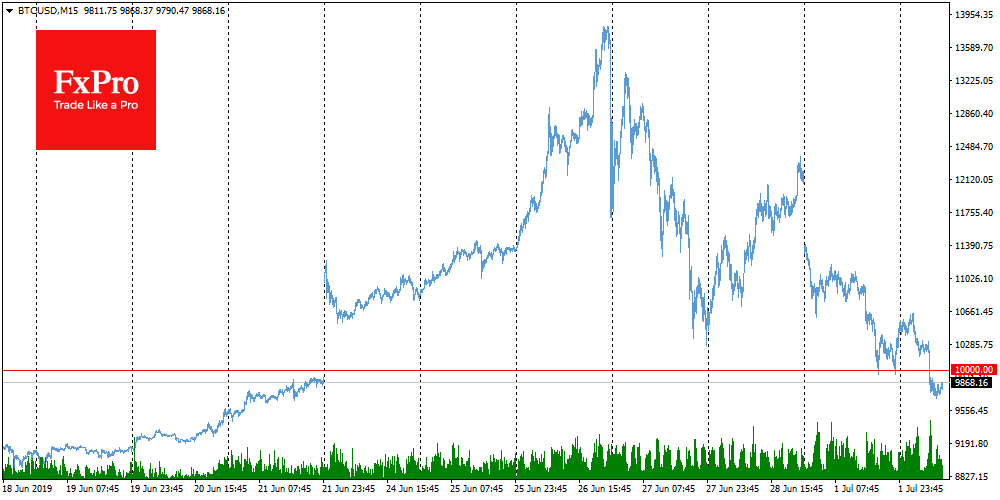 Bitcoin develops profit-taking after the previous rally. At the time of writing, Bitcoin declined below the psychologically important round level of $10,000, and by Tuesday morning it is trading at around $9,800, losing more than 11% in the last 24 hours.

The most common explanation is that the market is still in a bullish phase, and the current correction is an excellent last opportunity to buy Bitcoin before the next rally. Others believe that investors who bought at the bottom of the market won’t wait for a “flight to the moon”, and prefer to take profits now, which means for the market, at least, a very long correction.

Recently it became known that the global crypto decline began with the placement of a large short position on the Bitfinex exchange of 20,000 BTC. Apparently, this is one of the whales who bought BTC slightly above $3K. In the coming days, the bull market mood will be seriously challenged.