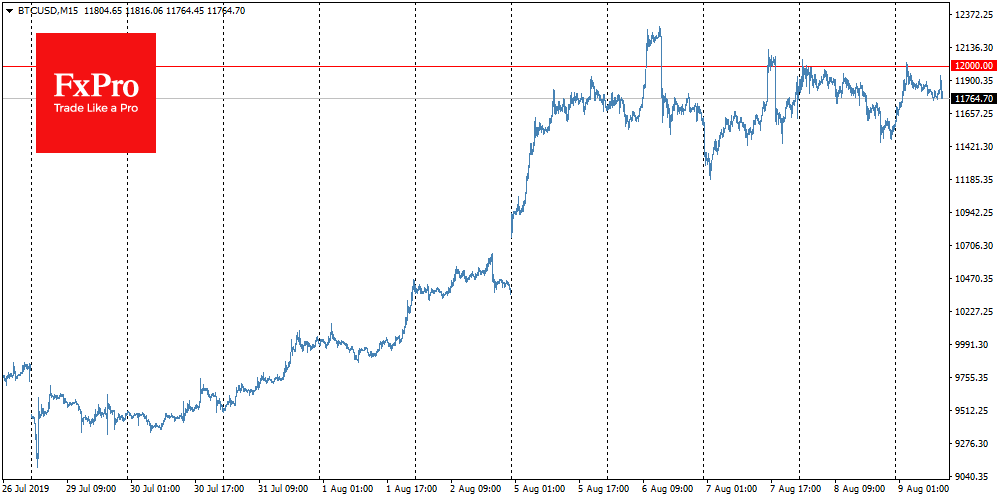 During the day, the benchmark cryptocurrency declined to $11,600, but then again attracted buyers’ demand, trading at the time of writing around $11,900. At the moment, a sideways trend near the reached level would be a good scenario for the cryptocurrency.

A short period of stability would help to strengthen around the round level to intensify the momentum for further growth. According to the CoinMarketCap, the trading volume declined by 11% in the last 24 hours, while the dominance index continues to grow. Over the last month, the index added 8%, which affects the overall balance of power in the crypto market. Short spring with a rally of altcoins was quickly replaced by a new winter and risks becoming a real ice age, threatening them with extinction.

This scenario is predicted by a growing number of well-known analysts, and with each new correction of Bitcoin, market participants are increasingly withdrawing money from alternative cryptocurrencies in the direction of Bitcoin.