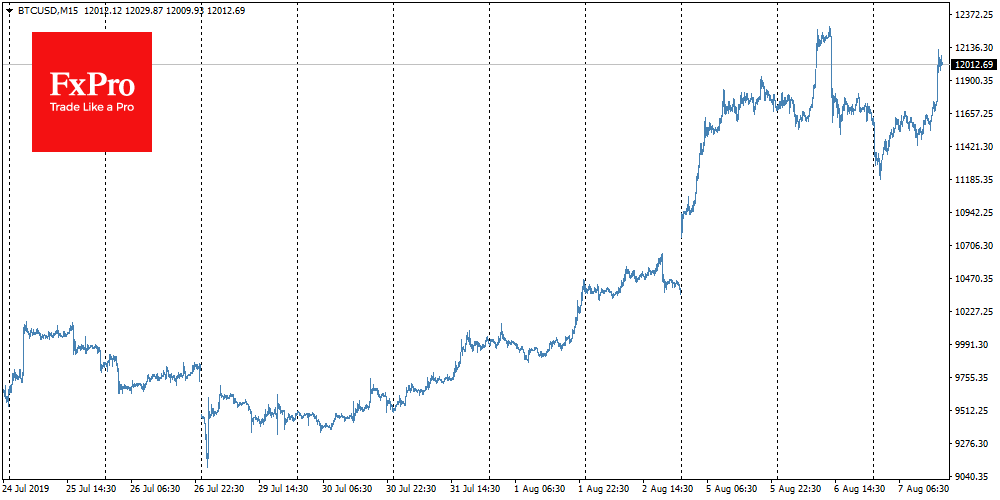 Bitcoin spiked sharply to $12,260, then also declined sharply to $11,300, stabilizing at $11,600 by Wednesday morning but soon got another jump above $12000. Once again, the first cryptocurrency proved its volatile nature and unwillingness to follow the expectations of investors.

All this happened against the background of 43% growth in trading volumes since August 5. Geopolitics and the falling yuan seem to have pushed the Chinese towards Bitcoin, while large investors immediately took their profits after the price spike.

The price dynamics are now driven not by crypto-enthusiasts, but by algorithms that have no illusions about the cryptocurrencies, working according to a predetermined algorithm. Altcoins, having shown at first a timid attempt at growth, reacted instantly to the correctional rollback of Bitcoin, but the strength of their decline was much more significant than the growth – so fragile is the belief in the prospects of alternative cryptocurrencies at the moment.