Bitcoin is stuck near the $8K threshold as neither bulls nor bears have a clear advantage. At the moment, the market is waiting for any triggers, whereas the new postponement of the SEC review to launch Bitcoin-ETF on request from VanEck and SolidX only supports the sideways trend. Market participants would like, in addition to speculation, to receive any clear signal from regulators.

For now, Bitcoin futures with a physical supply from Bakkt is the most promising instrument, as they initially developed their product in close cooperation with the regulator. In addition to institutional demand, there is another probable impulse: if you can manipulate the course via speculations, stock exchanges trading volumes and by moving bitcoins through large “whale” wallets, then why the demand for an asset cannot become the goal of technical manipulation? Probably, the next phase of the large-scale rally will be unexplainable demand, since almost all factors are now closely monitored by the market, thus preventing the emergence of inexplicably large-scale dynamics, which causes a stir and FOMO. 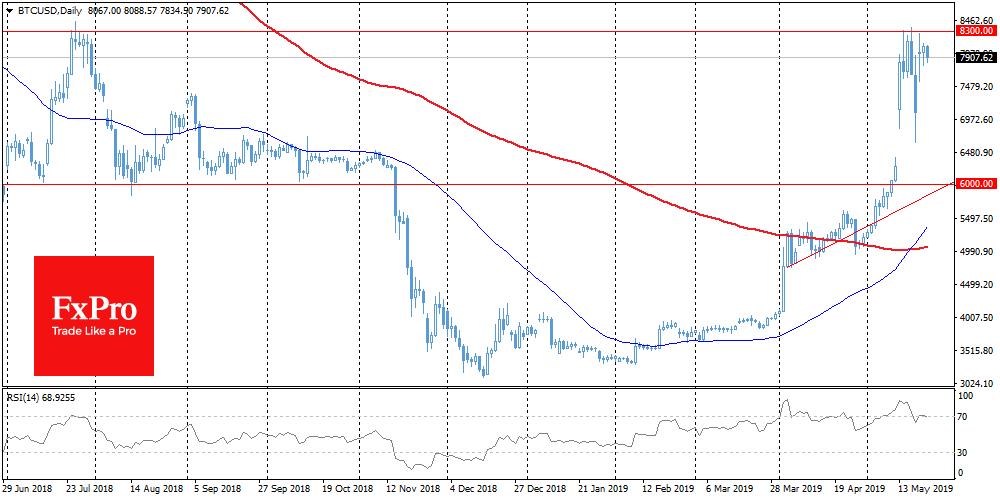