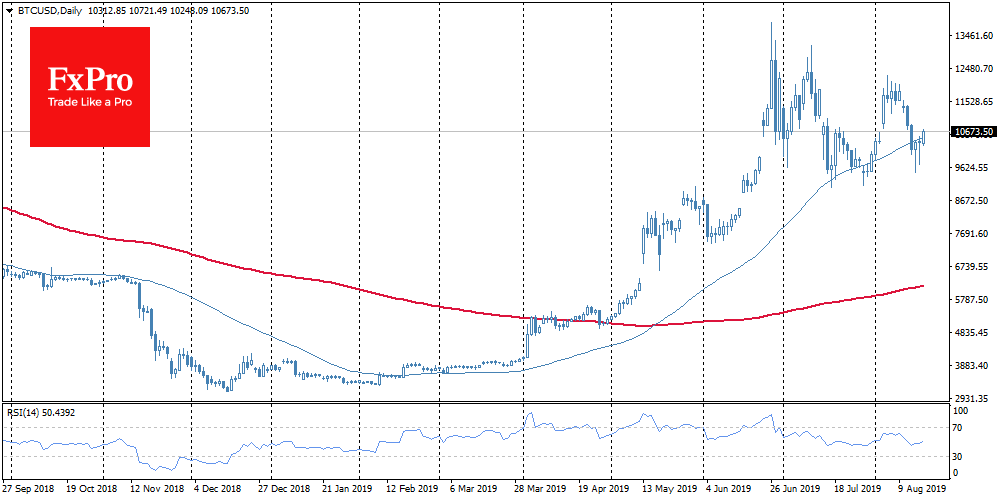 Over the past 24 hours, the BTC price has increased by 2%, and now the asset is changing hands by $10,400. Bitcoin fear index reaches the value of “extreme fear”, while at the end of last week it was just “fear”, which indicates that investors are extremely concerned about the future prospects. However, this is the moment that many market participants believe is perfect for purchase, which is confirmed by the price dynamics of Bitcoin over the past 24 hours.

A remarkable situation is developing around the altcoins: while previously Bitcoin was almost always the main beneficiary of the inflow of funds into the crypto market, now it is the altcoins that has received a stronger impetus, probably attracting the demand of buyers who believe that altcoins simply can’t decline further. The fact that Bitcoin was not allowed to drop steadily below $10K indicates the possibility of a significant rebound due to unrealized consumer demand, which is confirmed each time after the correction.