Bit-comment: Bitcoin found its buyers on the dip

At the beginning of the new work week, Bitcoin found its buyers. Thus, at the moment, the minimum level of the current correction was $7600. There are some signs that Bitcoin is simply bought back on declines, preventing a more significant correction from developing. This indicates the optimism of the market at the moment. Optimists believe that the growth potential is only partially realized, and the achievement of $10000 will switch FOMO to a new highest level. In the meantime, Bitcoin adds less than 4% per day and is at arm’s length from the threshold $8000. 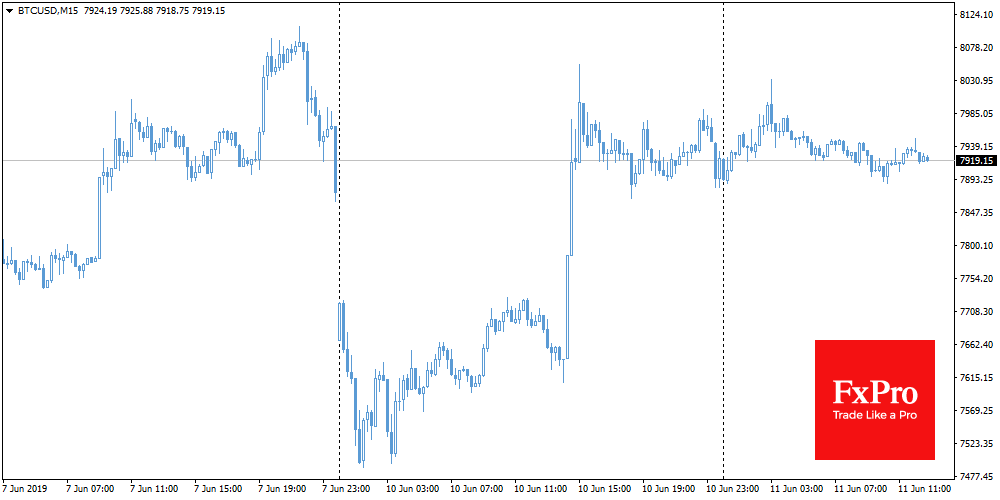