During the last five days, Bitcoin has been trying to form a sideways price trend. The benchmark cryptocurrency, though wobbling, cannot confidently go beyond $7,300 in any direction. Price rebounds reach $7,500, where the sale of the asset begins. Nevertheless, in recent days, we have seen a 40% increase in trading volumes to $21bn, which may indicate the approaching willingness of investors to set a more defined direction for the first cryptocurrency. The greed and fear index declined to 21, returning to the “Extreme Fear” area. 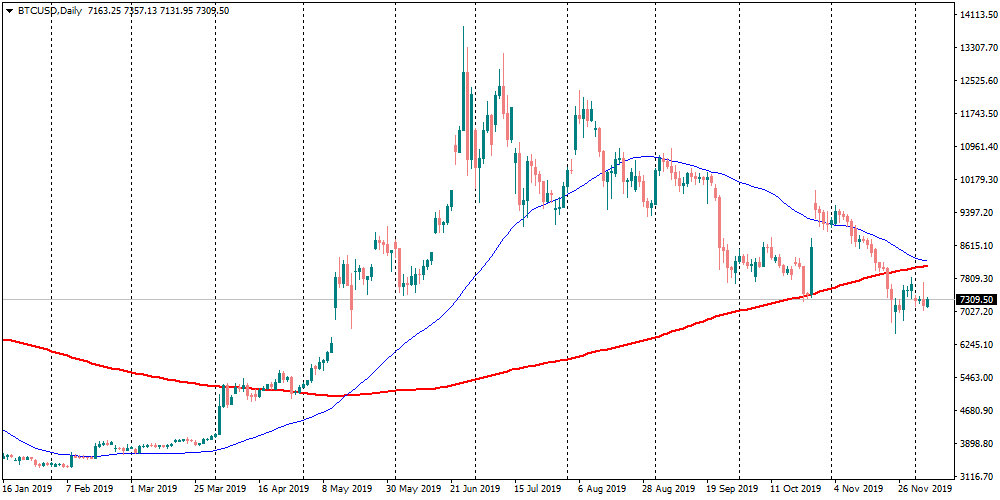 The index reached its highest “greed level” on June 26 2019, at 95, which was the start of the Bitcoin sell-off. Based on this logic, the current values are considered an excellent opportunity to buy. However, the lowest level 5 was on August 22, and it didn’t become a starting point for either a short-term impulse or a broader trend. Since the June peaks, the BTCUSD showed a sequence of declining highs and lows.

Essential next test is now the $5-$6K area, where the 200-week moving average is located. Bitcoin spent most of April in this area and may stay here again.