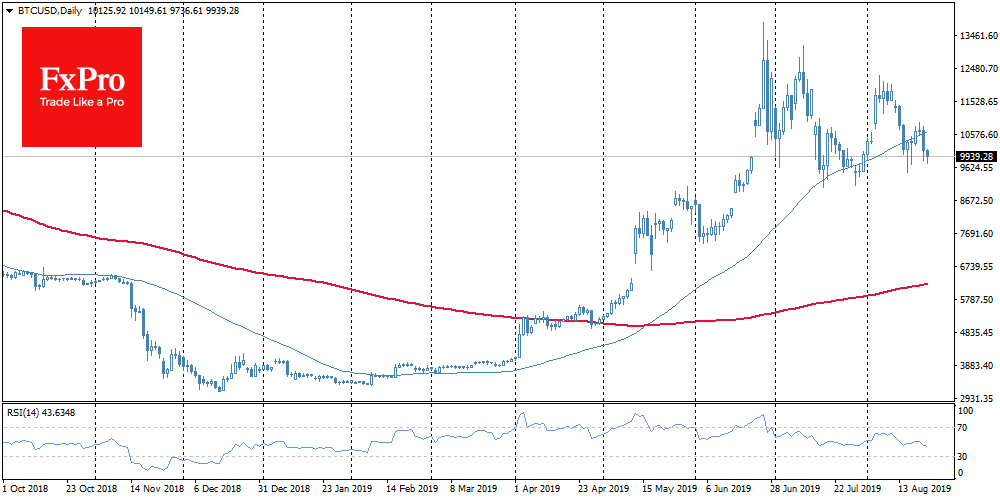 Bitcoin again broke through the psychologically important level of $10K, losing 2.5% in the last 24 hours. Bears once again intercepted the initiative. The current decline occurs along with the growth of trading volumes. Judging by the dynamics of the last few weeks, in the near future we can see whether the bulls will support the Bitcoin, or whether the mantra of “what doesn’t grow is falling” will still work, and after a series of unsuccessful attempts to reverse the trend to growth, the bulls will give up, and the Bitcoin will show new local lows.

On the tech analysis side, Bitcoin was under increased pressure, falling below the 50-day average yesterday inside the day and closing the day below this level. It is likely that the BTC may retest the lows of mid-August at around $9.5K. If the Bitcoin fails even here, the buyers may panic, as there is no significant support up to $6,200, through which the 200-day average passes.