It is almost unbelievable. During the day, the cost of Bitcoin soared by 14%, at some point approaching $13’000. By the morning of Wednesday, BTC was somewhat corrected to $ 12’570, however there are no guarantees that the cryptocurrency will not attract new impetus to demand, which will push it even higher.

In 24 hours, the BTC market capitalization also increased, by $ 28 billion. FOMO (fear of loss of profit) increasingly covers investors of all levels, so the coin does not have time to go through corrective waves and “stand up”, sweeping away on its way almost every day and round marks. Bitcoin’s domination index reached 62%: it is obvious that only a fraction of the investor’s money currently goes to the Altcoins. Nevertheless, if Bitcoin still stops for a while, cheaper altcoins will start to buy, which are now at fairly attractive price levels. The BTC schedule is now similar to the period of its parabolic growth to $ 20’000 in December 2017, but this time market participants expect the asset to grow significantly higher. However, the closer to $ 20’000, the greater the likelihood that those who entered the market at the end of 2017 will begin to record profits, and the past historical maximum will become a real test. 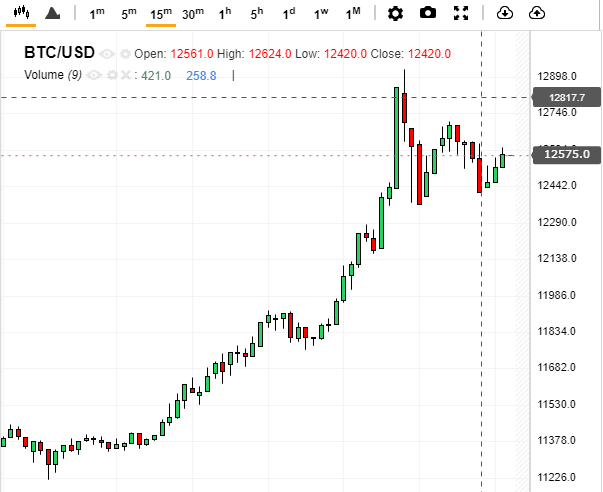