Bitcoin made an unsuccessful attempt to break above $9,400. Over the past 24 hours, the benchmark cryptocurrency rolled back to $9,300. Altcoins show decent growth in the previous days, but now, for the most part, they pushed back from recent highs. Investors are more and more cautious about the dynamics of crypto market prices, beginning to question everything that is happening, suspecting manipulations.

While investors are trying to determine the “authenticity” of price triggers, the data of Coin Metrics showed the growth of the number of the largest BTC-addresses during the last 12 months. Bitcoin Rich List includes Bitcoin folders from 1,000 BTC. Similar growth rates are demonstrated even with the data adjusted for the wallets of stock exchanges. Increased number of large wallets indicates the concentration of Bitcoins in the hands of big investors, who began to enter the market at the time of the lowest price of the asset. At the moment, the number of such wallets reaches 2,148 or 0.01% of all addresses. 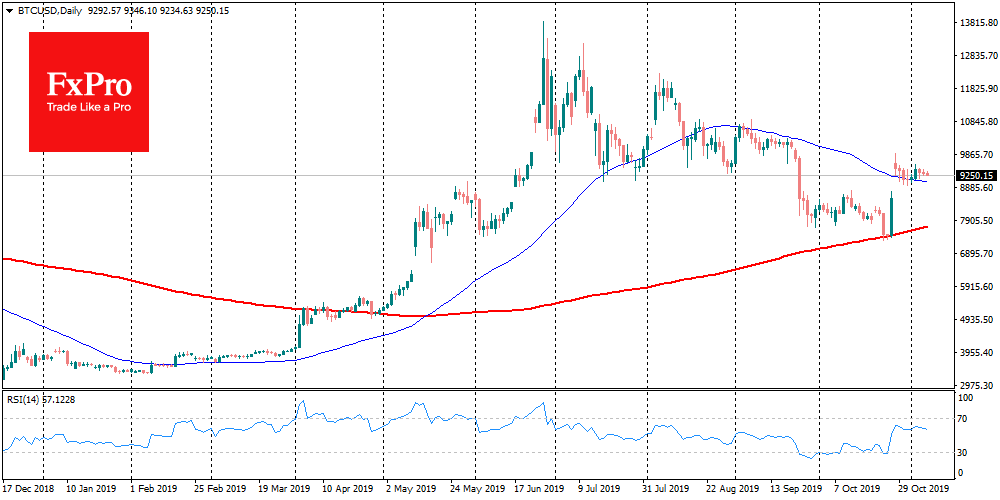 Recently, the news background around Ripple has been rapidly improving. In the bearish period since January 2018, when the rate collapsed from almost $4 to the current $0.30, the attitude towards the cryptocurrency has become extremely pessimistic, which the company’s management try to correct. Ripple continues to invest in various projects that can promote the ecosystem. It became known that the administration is interested in the implementation of smart contracts, so they are investing in Flare Network. According to the analytical company Gather, the value of blockchain XRP will grow to $176 billion by 2025 and reach $3.1 trillion by 2030.

The real story in the spirit of symbiosis between cryptocurrency and casino took place in the U.S., where the winner of the lottery invested half of the winnings in Bitcoin. He did so in May, after which, as we all know, Bitcoin’s price more than doubled. These are the best stories of gambling and cryptocurrency advertising, attracting those who want to get rich quickly, but the cases are rare. 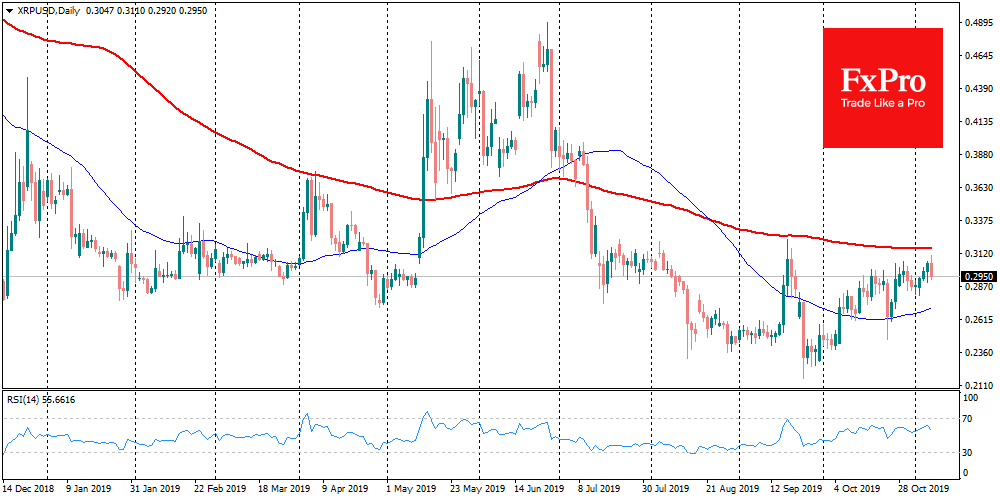 The incredible “success story” also happened to the unknown ParallelCoin that spiked in price by 7,500% in a few hours. Of course, it was a Pump&Dump scheme, and it was clear to the overwhelming majority of market participants, but there are sure to be some people who have lost money on it as well. No surprises, the coin dropped rapidly just after the pump. No matter how optimistic the long-term prospects of the market are, one thing is clear: the cryptocurrencies are still closely linked to manipulation, which spoils the reputation of the whole market in the eyes of the regulators and blocks opportunities for real investment growth.