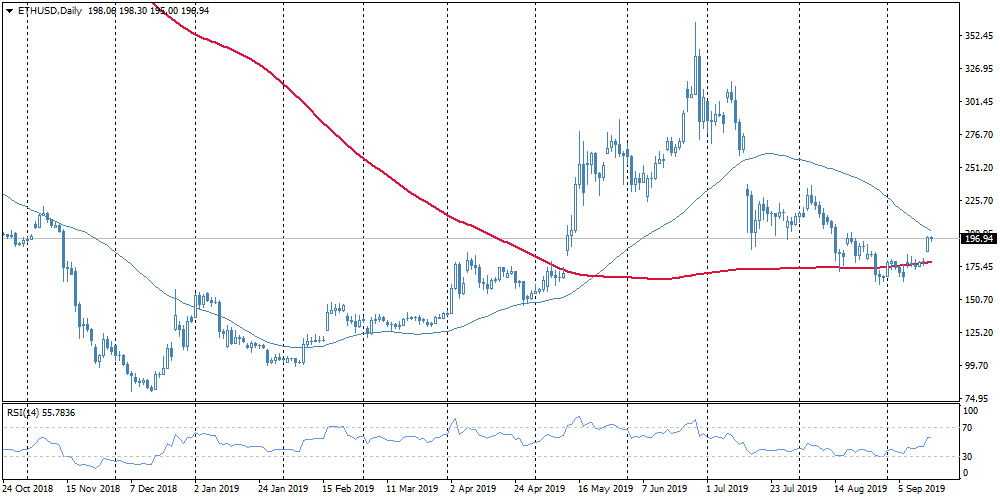 The Bitcoin price has remained virtually unchanged over the past 24 hours, remaining close to $10,200. As for the tech analysis, the first cryptocurrency remains trapped in the triangle, showing a weakening of the oscillation amplitude since late June. Among the key points, it is worth noting that BTCUSD trades below the 50-day average, which acts as a relatively reliable signal line. Staying under it is often accompanied by the dominance of bears, which are connected to the sales on the attempts of growth.

Meanwhile, Ethereum is characterized by positive dynamics, adding 2.5% per day and around 20% to the lows of 10 days ago. Apparently, the first altcoin found support near the 200-day average and turned upward, approaching the round $200 level. In the stock market, a 20% increase from the lows is considered as the beginning of the bull market phase, which may well be a good signal for ETH.