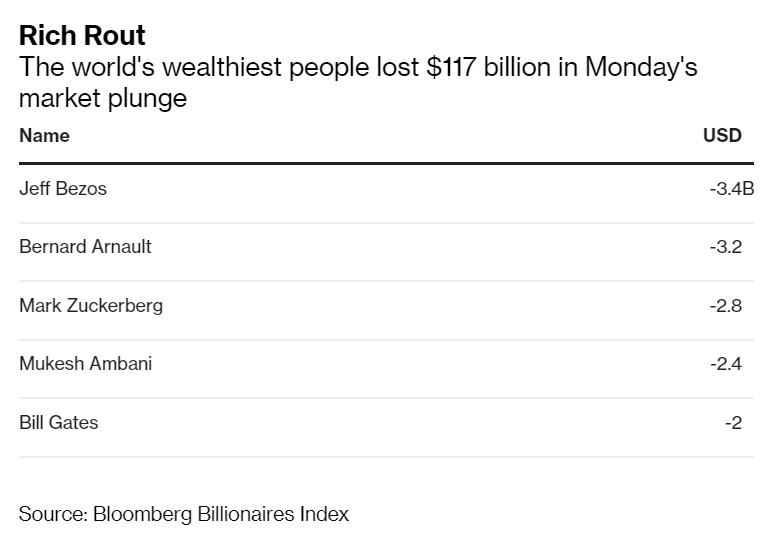 The wealthiest 500 people on Earth lost 2.1% of their collective net worth on Monday as U.S. stocks plunged in their biggest drop this year. Twenty-one members of the Bloomberg Billionaires Index lost $1 billion or more as investors reacted to stepped-up tensions between the U.S. and China.

Amazon.com Inc. founder Jeff Bezos declined the most, shedding $3.4 billion as shares of the online retailer tumbled. But he’s still the richest person on the planet with $110 billion.

The loss is an abrupt reversal for the world’s richest, who up until today had experienced steady gains. Other forces have also eroded fortunes in recent weeks. Hong Kong’s elite are feeling the pain from nine weeks of protests that have jammed the financial hub’s streets, weighed on growth and battered local stock prices. The net worth of the 10 richest tycoons who derive their fortunes from Hong Kong-listed companies has tumbled $19 billion since July 23. Even after today’s losses, the 500 individuals on the index control almost $5.4 trillion, an 11% increase from Jan. 1.