The theme of the whole week was largely dominated by the recovery from last Friday’s fall. China and the U.S. noted progress in trade negotiations, which gave the markets hope that the agreement could be signed soon. By the end of August, the U.S. dollar and the S&P 500 reached important levels – the overcoming and reversal of which could launch a long trend until the end of the year.

Statements about progress in trade negotiations caused the strengthening of demand for the dollar. The DXY index rose to 98.4 and is ready to close the week at the highest level since May 2017, approaching the upper limit of the upward channel, formed as a market reaction to the U.S. trade disputes with other countries. 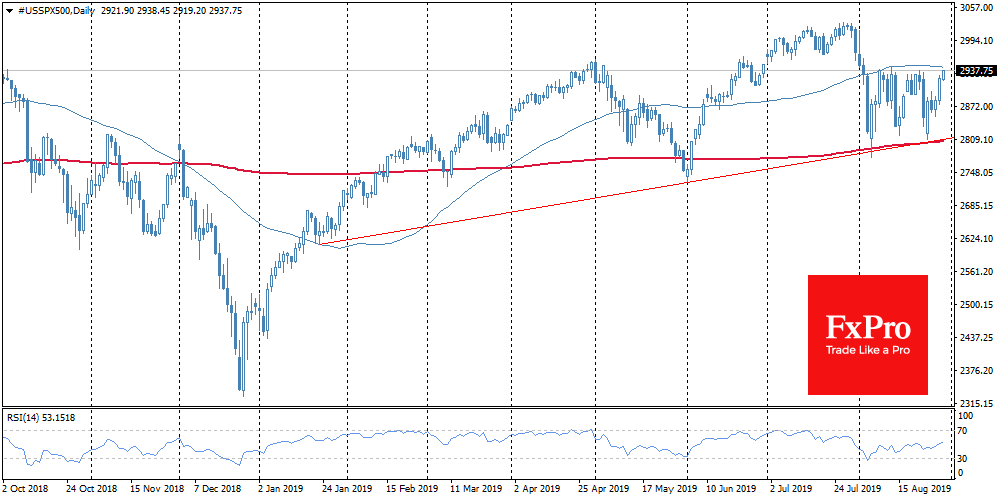 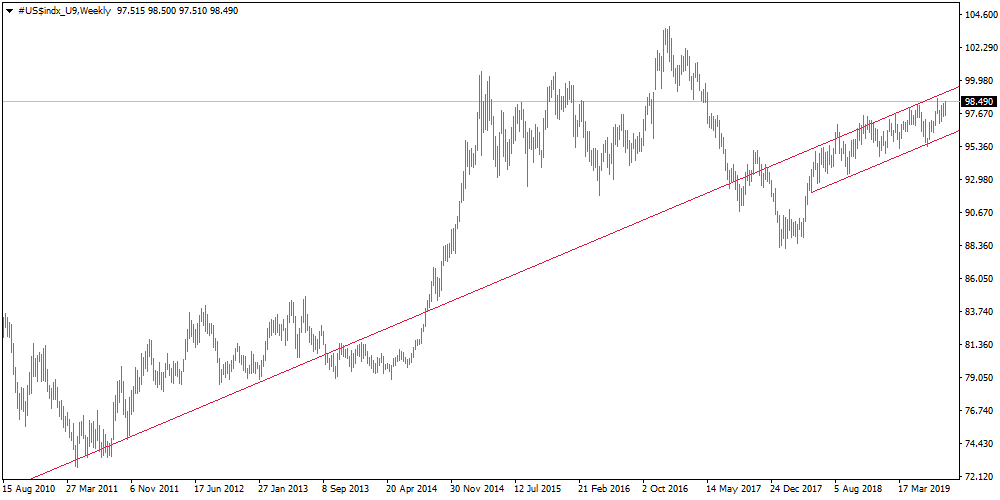 This relationship has a stronger impact on the U.S. currency than the Fed’s policies. Although, of course, without the Fed’s rate hike in 2017, the U.S. currency would have much more difficult times. Meanwhile, its strengthening would also have occurred at a faster rate since March 2018.

The fact is that demand for other currencies is very much dependent on the growth rates in these countries. The slowdown is causing an impressive outflow from these markets. In addition, governments and central banks often take more decisive measures to support national economies.

The People’s Bank of China has already softened its policy last year in response to trade disputes. The ECB did not sell assets off the balance sheet, quickly abandoning the idea of raising interest rates from zero levels at the beginning of the year. In light of this, it can be concluded that the growth of the dollar is due to President Trump, rather than to the Federal Reserve. Subsequent trade disputes interrupted the synchronous growth of various regions of the world and launched the process of traction in the dollar. 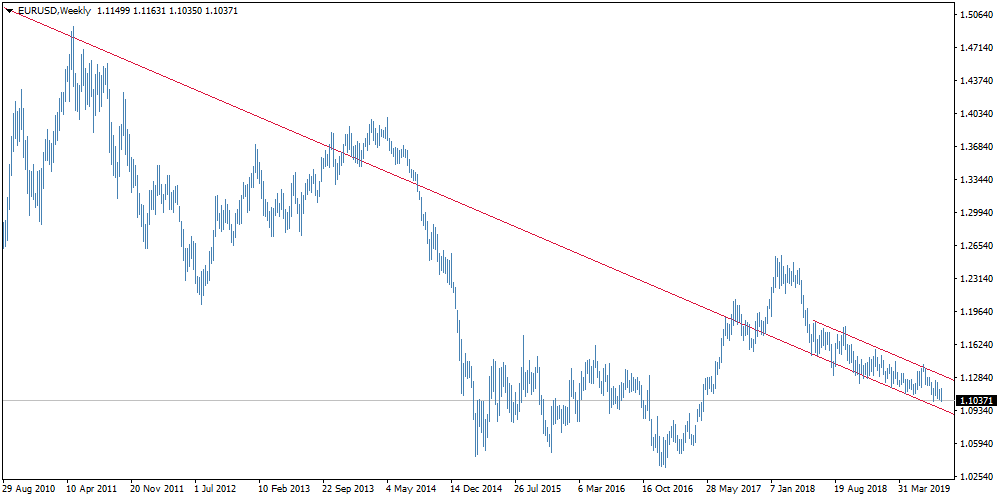 As the FxPro Analyst Team said, Trump, in theory, can influence the dollar in two ways. The first is to quickly resolve trade conflicts with China, abandoning the tactics of exhaustion. The second is to order the Treasury to conduct direct interventions to weaken the dollar. Treasury Secretary Mnuchin said this option is not being considered “yet”. However, it’s a common Trump tactic to frighten by announcing a threat to national security in order to achieve the goal. That was the case with the construction of the wall on the border with Mexico, as well as with the Huawei case.

Simply put, it is worth listening carefully to Trump’s exact words, as, in theory, he has the opportunity to stop the growth of the dollar if its strengthening will cross a certain line on the sand. Such a line could be a return of the dollar index to 14-year highs (potential 5.4%) or the reaching of parity with the euro (potential 10%).