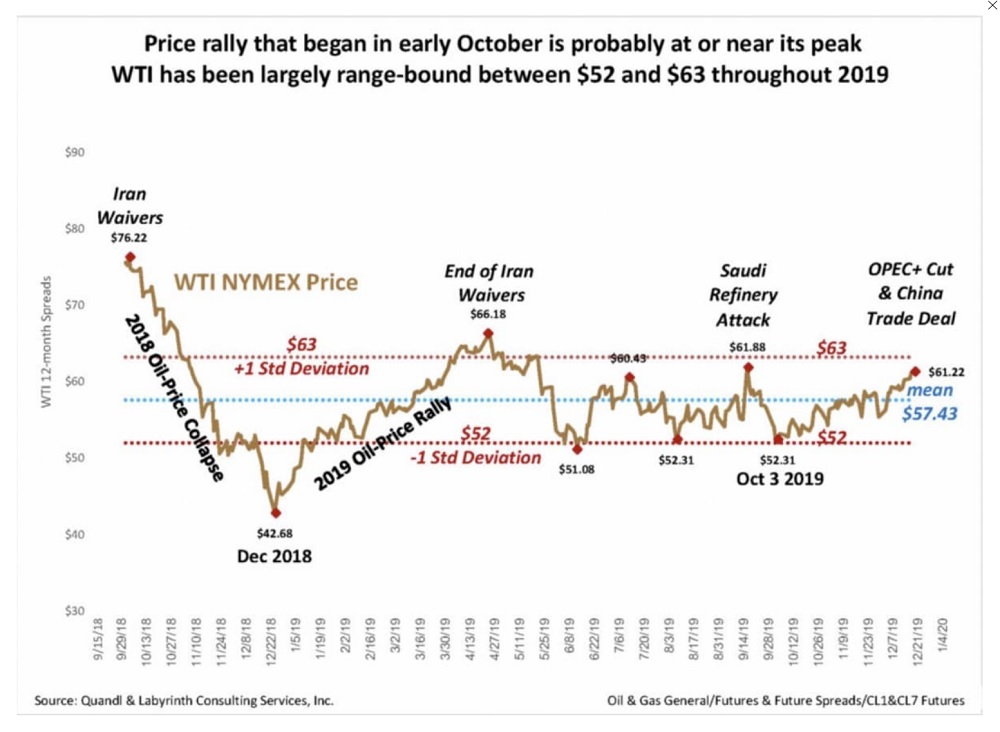 Every price rally of 2019 has ended in tears. The latest will probably end similarly. It is based on hope that ending the U.S. – China trade war might improve the economy and oil demand. It is also based on belief that yet another OPEC+ production cut will make a difference. In other words, it is based on sentiment.

The oil price-rally that began in early October is probably at or near its peak. The WTI oil-price volatility index OVX has fallen sharply (-32%) since November 29. Tight oil rig count has decilned since November 2018 and is expected to continue to decline. Total U.S. production will probably be flat for the first half of 2020. Increasing WTI price with increasing comparative inventory (C.I.) is anomalous.