Home › Market Overview › Why did Crude Oil go 5% up after the Anti-OPEC announcement?

Why did Crude Oil go 5% up after the Anti-OPEC announcement?

Earlier this week, the US and several major oil importers announced their intention to sell part of their strategic reserves to bring down the price. The total volume of interventions from so-called Anti-OPEC is around 70M barrels, of which 50M will come from the US.

The announcement of these measures and the quantities caused oil to rise and has added 5% for several reasons.

Firstly, the markets did not consider the volumes significant. The volumes announced by the USA cover their consumption in around 2.5 days, with relatively similar moves from Japan and India. There is little doubt that producers have a much greater ability to curb production than importers – to flood the market with it. In comparison, global oil consumption is close to 100M barrels a day. It is only a drop in the ocean on a global scale, albeit the largest such intervention in terms of volume.

Secondly, there were threats from OPEC+ to revise its production increase plans. The cartel had forecast a supply-demand balance in January. The latest lockdowns in Europe and slowing consumption growth suggest that this point could be reached as early as January. Economically, this means that markets do not need new volumes.

Thirdly, threats to release reserves have been heard by the market for quite some time. They probably partly explain why Brent and WTI quotations have been losing ground in the previous four weeks. However, we have seen a classic “buy the rumour, sell the fact” move with prices moving against the news.

The scope and timing of the action look more like an attempt by Washington to lead an already formed move. A sharp price collapse would be counterproductive for the entire market, reinforcing the problem of underinvestment in production. A significant drop in oil price now, while helping to combat the inflationary surge (at least the visible part – gasoline prices), would slow the transition to clean alternatives.

However, oil bulls are also unlikely to rejoice. Likely, oil prices will still return to their downtrend in the coming days under pressure from market sentiment, where risk aversion and a slowdown in consumption against a sustained increase in cartel production are increasing. Brent may correct to $75 from the current $81 before the end of the year, but it is hard to find reasons for a sustained deeper plunge just yet. Ruble’s fall on geopolitics is likely to continue 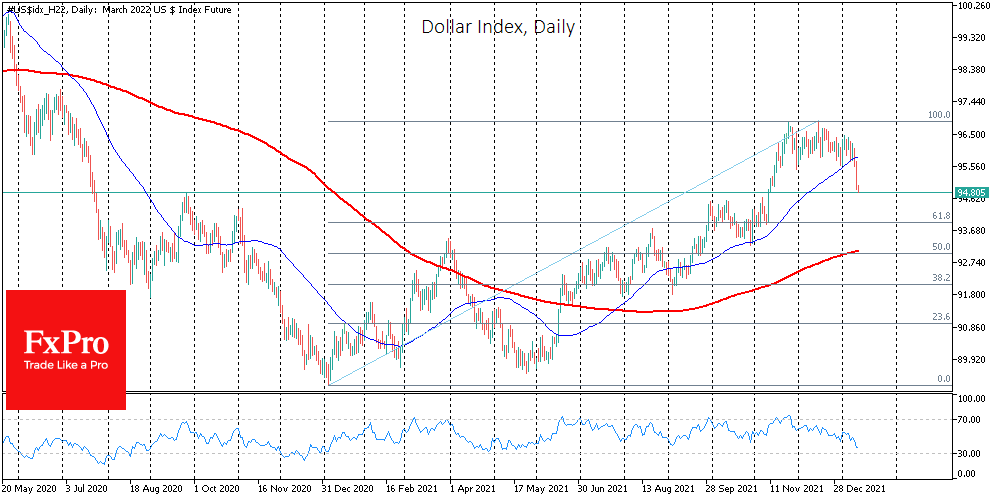