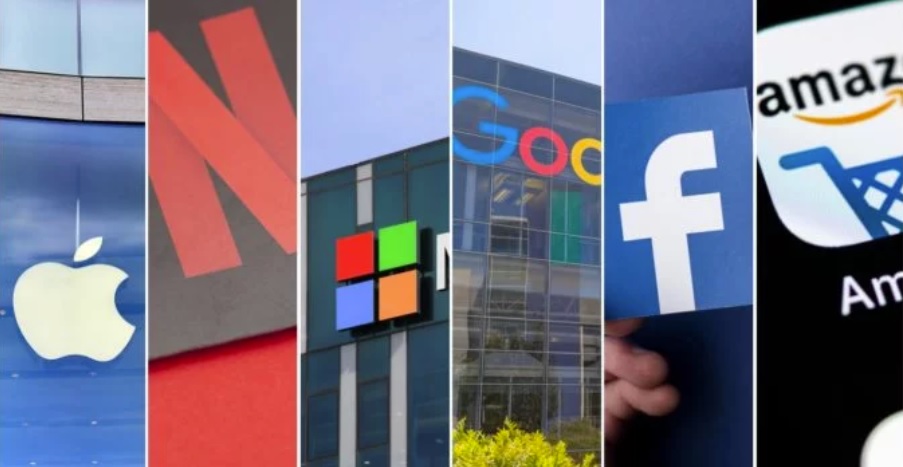 After a decade-long bull market and 2019’s record-breaking start to the year, global stocks are close to all-time highs. But if you look beneath the surface, there’s a scary trend lurking. The entire surge relies on just six stocks: Facebook, Amazon, Apple, Netflix, Google, and Microsoft. Remove these tech stocks and the global stock market looks very different: it’s flat.

Disruptive tech stocks have hit headlines in the last 12 months with Apple, Amazon, and Microsoft all hitting $1 trillion valuations at some point. Facebook continues to beat expectations despite a flood of privacy scandals. And Netflix has doubled its market capitalization in a little under 18 months. Earnings for this small group of stocks has doubled in the last five years, but the wider economy has stalled.

It’s also a dangerous concentration of wealth in a handful of small players. Bianco Research admits that stock market growth is often powered by a small number of blue-chip stocks. But the dominance of one industry is unprecedented: “It is not that unusual for stock market returns to be concentrated in a few large stocks. However, in the past, these large stocks would come from vastly different industries and be fairly unrelated to each other, only sharing size as a common theme.”

The analysis helps explain why the International Monetary Fund (IMF) continues to slash global forecasts, despite the record stock market performance. In its latest downgrade, the IMF cited a “depressed outlook for corporate profitability.” Such pessimistic forecasts seem at odds when you look at the stock market’s incredible growth. But when you exclude tech stocks, the analysis makes more sense. The entire global stock market is propped up by just six stocks. That’s a scary place to be if growth stalls for Facebook, Apple, and co.

Google may have issued the first warning sign last month when it reported slowing growth in its first quarter. Netflix also revealed weaker-than-expected guidance for the coming year. Is the tech boom coming to an end? If it is, rest assured, the rest of the market will come down with it.