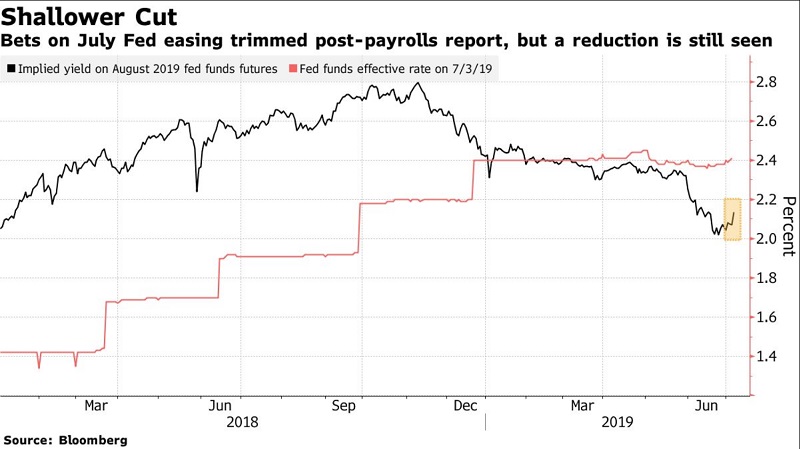 The main focus for markets this week looks to be Fed Chairman Jerome Powell, who will testify in Congress just days after the latest payroll report signaled that the American economy remains on track. U.S. stocks hit a record last week and a bond rally took yields to multiyear lows amid expectations the Fed will lower interest rates by at least a quarter of a percentage point at its July meeting. Joe “JJ” Kinahan, the chief market strategist at TD Ameritrade, sees a high likelihood of a July cut.

The Stoxx Europe 600 Index slipped, with Deutsche Bank AG surrendering earlier gains as traders weighed a plan to cut its workforce by one-fifth. The euro fell after German industrial-production data saw a slight pick-up in May. Greek bonds rose amid hope a new government elected over the weekend will prove to be market-friendly.