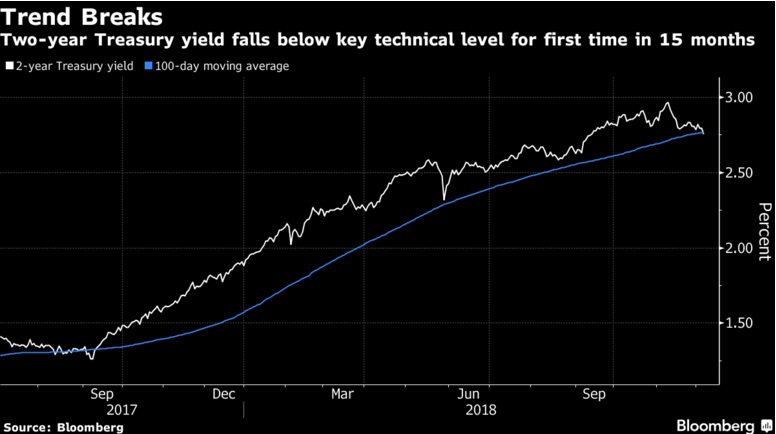 European stocks rebounded from the worst day in more than two years and Asian shares posted modest gains as investors sought to end a bruising week on a more upbeat note. Signs of stress remained, however, as U.S. equity futures declined and Treasuries rose.

The Stoxx Europe 600 Index, which on Thursday dropped the most since the U.K. voted to leave the EU in 2016, jumped led by tech shares. U.S. futures edged down during the Asia day before deepening losses as European traders came online. Shares in Hong Kong and China eked out gains, while Japanese equities outperformed. European bonds drifted and major currencies were range bound.

Financial markets remain on tenterhooks amid worries the trade truce between China and the U.S. won’t last after the arrest of the chief financial officer of Huawei. As traders start to doubt the Federal Reserve will raise rates in 2019, JPMorgan Chase & Co. CEO Jamie Dimon said while the focus has been on the central bank moving too quickly, there’s also a risk it does too little, too slowly.