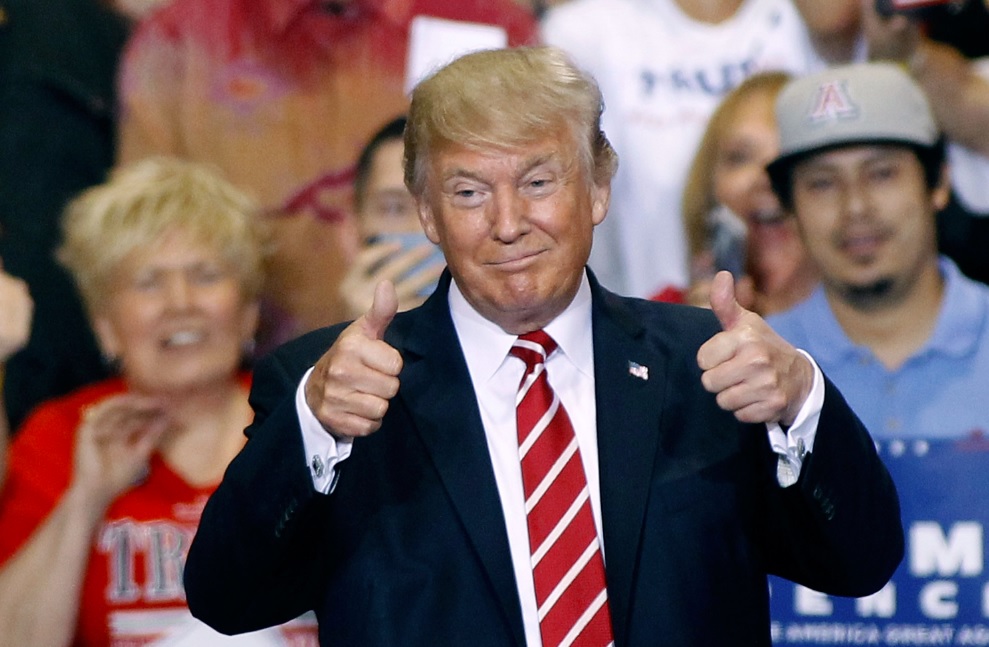 The U.S. economy accelerated to a 4.1 percent pace of growth in the second quarter, the fastest since 2014, letting President Donald Trump claim a win for his policies even though expansion is projected to cool.

The annualized rate of gains in gross domestic product was just shy of the 4.2 percent median forecast in a Bloomberg survey. It followed first-quarter growth of 2.2 percent that was revised from 2 percent, the Commerce Department reported Friday. Consumer spending grew 4 percent, more than estimated, while nonresidential business investment climbed at a 7.3 percent clip.

Trump seized the chance to declare his policies, including the biggest tax overhaul since the Reagan era, a success, calling the data “amazing” and “very sustainable.” The likelihood is nevertheless that the pace of expansion will slow as the effects of tax cuts fades, companies pull back in the face of foreign tariffs or strong dollar and the Federal Reserve raises interest rates further.

Fed policy makers are expected to continue their gradual pace of interest-rate hikes aimed at keeping the economy from overheating, without moving so fast that they could choke off growth. The dollar and yields on 10-year Treasuries declined after the report, which also showed inflation excluding food and energy was lower than estimated.

Economists’ forecasts for second-quarter GDP, the value of all goods and services produced in the nation, ranged from 3 percent to 5 percent. The GDP estimate is the first of three for the quarter, with the other releases scheduled for August and September when more information becomes available.

Compared with a year earlier, second-quarter GDP rose 2.8 percent, just shy of the 3 percent mark, which was last reached in 2015. The Trump administration’s official goal is for sustained GDP growth of 3 percent, which would well exceed the average 2.2 percent pace during this expansion and the Fed’s longer-run expectation of 1.8 percent.