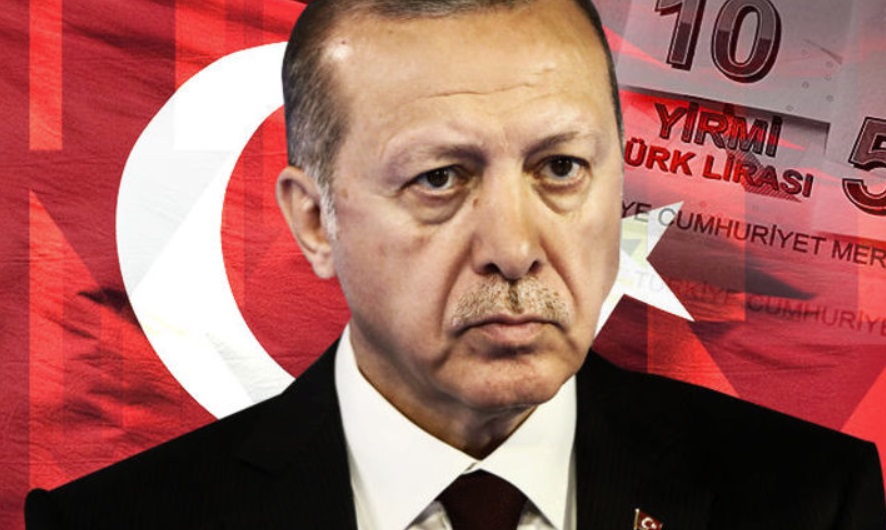 President Recep Tayyip Erdogan risks pushing Turkey’s economy into an economic collapse similar to those seen in Latin America under populist regimes, according to Ashmore Group Plc. While more diversified than Venezuela’s oil-dependent economy, Turkey is currently on a very similar path of policy missteps that are likely to lead to ruin, the $85 billion emerging-market asset manager said.

Capital controls, nationalization and other policies designed to prevent the private sector from protecting its property as the macroeconomic environment deteriorates are the next “logical policy steps” that will follow in Turkey, Jan Dehn, the London-based head of research at Ashmore, said by email. His comments, initially in a research report Tuesday, came after Erdogan rattled markets by dismissing central-bank Governor Murat Cetinkaya early Saturday.

Here is Dehn’s characterization of the decline:

Instead of fixing the causes of the underlying economic problem, the government decides to attack the symptoms of the problem, such as inflation, slower growth, weaker currency and slowing investment

The government also blames other groups instead of itself, because this works politically, but it only makes investors and businesses even more worried as Erdogan will need more and more scapegoats as the economy worsens

As the economic outlook worsens, investors and businesses begin to take action to defend their wealth and livelihoods. This results in capital flight, declining investment and other hedging strategies

Eventually the government has no financing, no growth, no future and plunges into a crisis