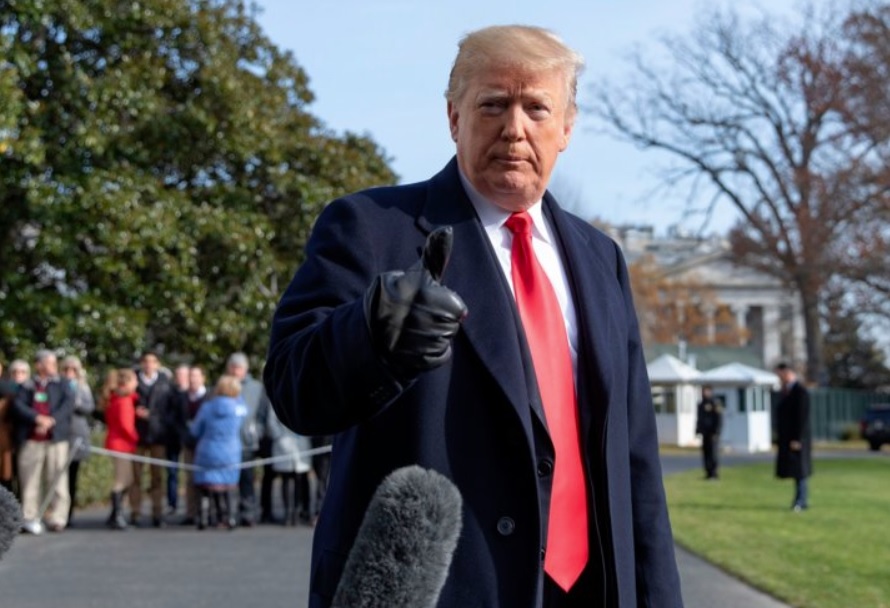 President Donald Trump said he would intervene in U.S. efforts to extradite Huawei Technologies Co. executive Meng Wanzhou if it helped him win a trade deal with China. “If I think it’s good for what will be certainly the largest trade deal ever made, which is a very important thing — what’s good for national security — I would certainly intervene, if I thought it was necessary,” Trump said Tuesday in an interview with Reuters.

Meng was arrested earlier this month at the request of U.S. authorities, who allege she conspired to defraud banks to unwittingly violate U.S. sanctions by clearing transactions linked to Iran. On Tuesday, she was granted a $7.5 million bail by a Canadian court, allowing the Huawei chief financial officer to return to her Vancouver home as extradition proceedings continue. Trump told Reuters the White House was in communication with the Justice Department about the case, along with Chinese officials. Asked if he had spoken with President Xi Jinping about the matter, Trump responded: “They have not called me yet. They are talking to my people. But they have not called me yet.”

The arrest has threatened to disrupt U.S.-Chinese relations even as the two nations’ leaders seek to negotiate a trade deal that would scale back a series of tariffs that have been implemented this year. Chinese foreign ministry spokesman Lu Kang reacted positively to Trump’s remarks on Wednesday, while continuing to call for Meng to be released immediately. “If the U.S. government wants to make a positive effort to promote the settlement of the issue, we welcome them,” he told reporters in Beijing.