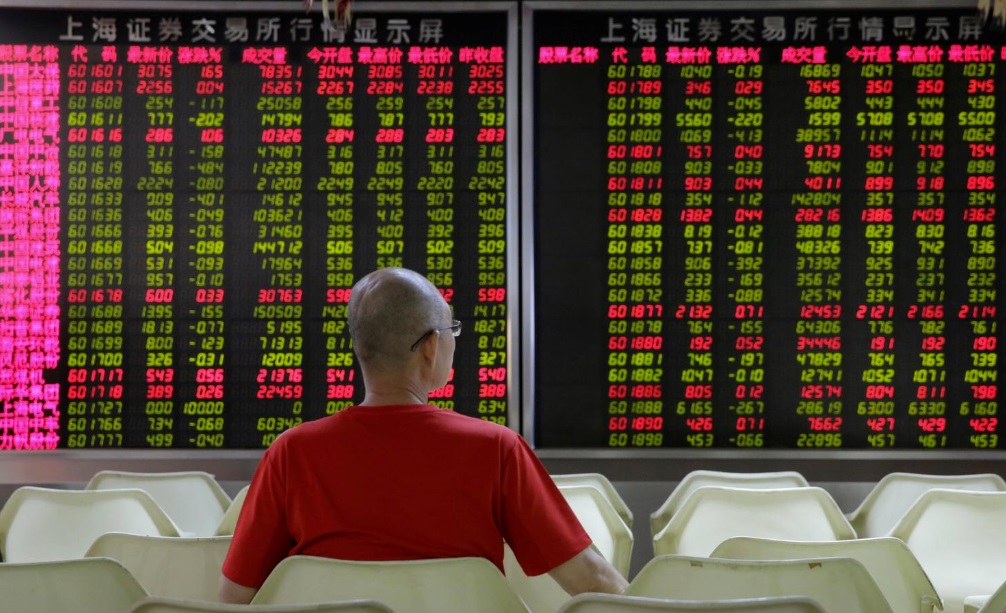 European shares were spooked by Iran tensions and trade jitters on Tuesday, while the risk of more dovish talk from the Federal Reserve inflated gold to six-year highs and stoked demand for safe-harbor currencies like the yen and Swiss franc. Taking a dramatic step to increase pressure on Iran, U.S. President Donald Trump on Monday signed an executive order imposing sanctions on Supreme Leader Ayatollah Ali Khamenei and other top officials.

The move is a further worry for investors waiting anxiously to see if anything comes of Sino-U.S. trade talks later this week, with sentiment not helped after a senior U.S. official said president Donald Trump would be happy with “any outcome” from the trade talks with China. The pan-European STOXX 600 index fell 0.3%, with the technology sector bucking the trend on the back of Capgemini’s purchase of engineering and digital services company Altran for 3.6 billion euros ($4.10 billion).

Chinese investors seemed none too hopeful as Shanghai blue chips slipped 1%. That led MSCI’s broadest index of Asia-Pacific shares outside Japan down 0.4%. Japan’s Nikkei lost 0.4%, while S&P 500 e-minis edged down 0.2%. The euro hit a three-month high of $1.1412, having gained 2.0% from a two-week low of $1.1181 touched a week ago as the dollar has lost steam. It last stood at $1.1396. Against the safe-harbor yen, the dollar hit its lowest since the January flash crash at 106.79. Dealers also noted a report from Bloomberg that Trump had privately mused about ending the postwar defense pact with Japan. Against the Swiss franc, the dollar fell to its lowest in nine months and was last at 0.9755.