The Fed emergently cut the rate by 75 points to 0.00%-0.25% on Sunday night. Two hours earlier, RBNZ also cut its rate by 75 points to a historic low of 0.25%. This morning, the Bank of Japan expanded its QE program to stabilize markets and help the economy to operate through the quarantine shock.

But these measures are not enough yet to keep the markets from a new wave of decline based on fundamentals. The feeling of fear in the markets is ever spreading, with coronavirus in Europe spiking very sharply over the weekend. The daily number of new cases in Italy exceeded 3,500 on Saturday and Sunday is still growing. This is a signal that the announced quarantine measures are still not sufficient to contain the spreading of the disease. Potentially, it could result in even higher losses to the economy. 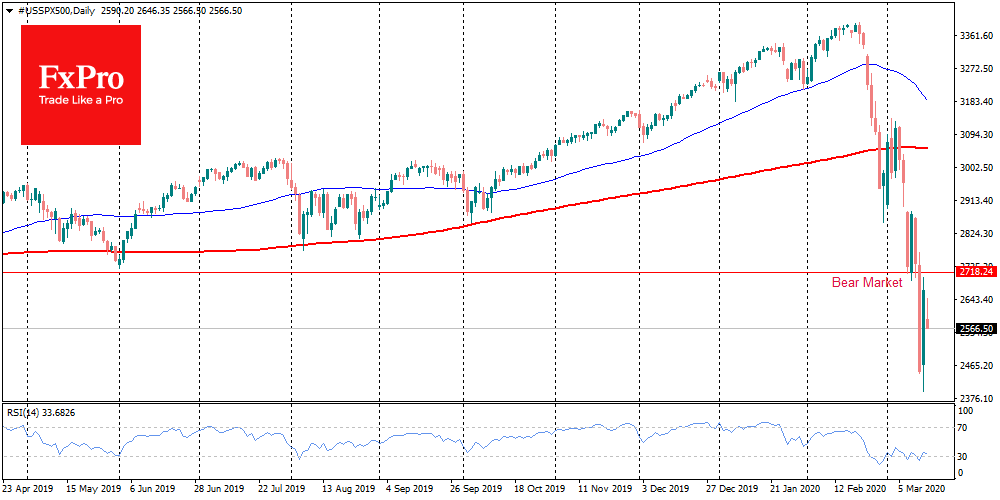 Futures on the US indices declined to the limit-down again, losing 5% since the beginning of the day. The German DAX collapsed by 9.8%, updating its lows since 2014. The FTSE100 dropped below 5000 this morning to the level last seen in 2011. 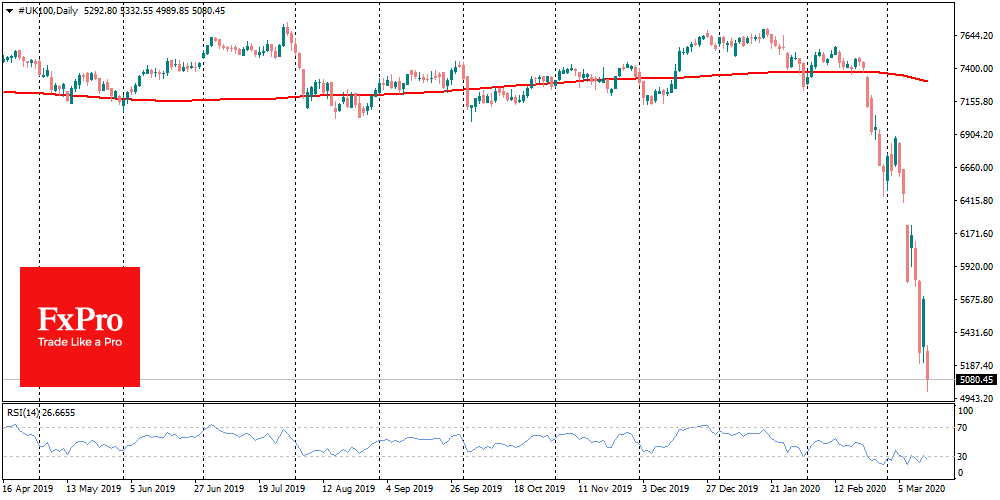 The measures taken by China in late January and early February looked excessive, generating speculation that the situation in the country is much worse than reported. Nevertheless, this rapid lockdown and the near-military situation in many cities have managed to contain the spread of the disease.

Only now we are getting the signs of how quarantine impacts business activity. And they turned out to be much worse than economists thought.

Industrial production showed a 13.5% fall compared to February last year against the average expectations of a 3.0% decline. Against expected Retail sales drop by 4.0% YoY, the actual number showed an inconceivable 20.5% collapse. Perhaps, European and American analysts, as well as politicians, significantly underestimated the scale of quarantine impact on the economy. Awareness of the size of catastrophe comes just after the Chinese data were published. 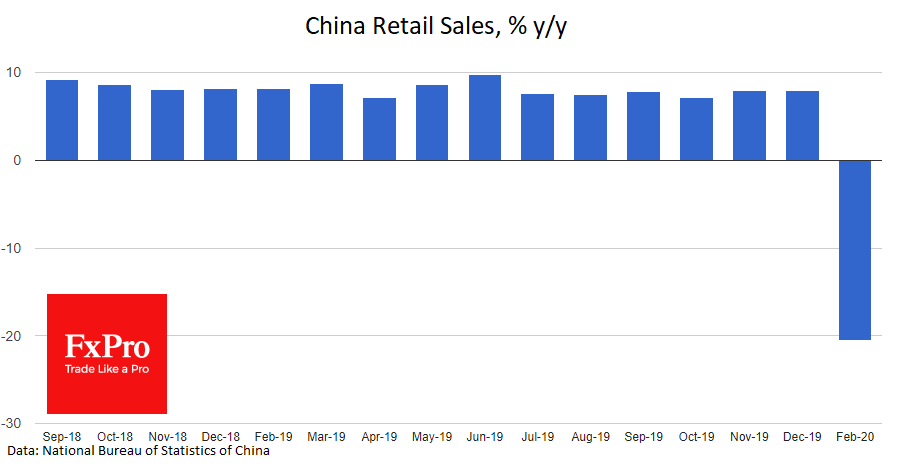 In this regard, unprecedented measures to stabilize market volatility, although they have a chance of success, still do not allow us to say that the markets have already passed the bottom point. There may be several months of decline between the peak of volatility and the market bottom as the economy becomes aware of the scale of influence.