GBPUSD The British pound was sold out on growing fears of a potential ‘no deal’ Brexit. GBPUSD declined by 2% to 1.2130. Below these levels, the pair traded for only a few hours during the period from October 2016 to March 2017 because of the initial shock after the British referendum. The pound hasn’t been consistently lower since 1985. The new UK government notes that it considers the exit without a deal as the main scenario, as the EU does not want to discuss a number of conditions. The current situation around the British currency is highly volatile. As in the previous episode three years ago, extremely oversold conditions sharply increase the sensitivity of the pound to Brexit news. Purchases in the foreign exchange market at the background of relatively good news may be reinforced by the desire of participants to buy the pound at historically low levels. On the other hand, the decline is currently intensified by a massive triggering of stop-orders, which can be seen by the rather torn dynamics of GBPUSD during the Asian session, where there were several episodes of GBPUSD decline by 20 points per minute. 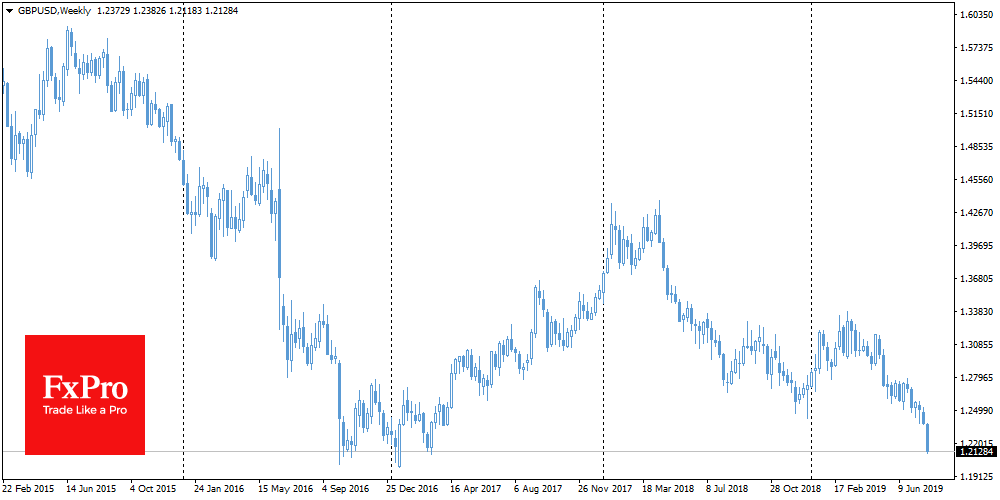 EURGBP The single currency stands apart from the weakening of the sterling this time, so the EURGBP came into play. From the moment of Johnson’s first comments as prime minister EURGBP rose by 3.2%, of which 2% related to the growth since the beginning of the week. Historically, the pair feels very unstable at levels above 0.90. For the last 11 years above current levels near 0.9200, the pair appeared only in the periods of the highest market turbulence. The market pressure also shifted relatively quickly from the British currency to the euro, which provoked a pullback in the pair, as soon as the market shocks gave way to long-term purchases of the pound on the downturns and weakening of the euro against the currencies outside Europe. 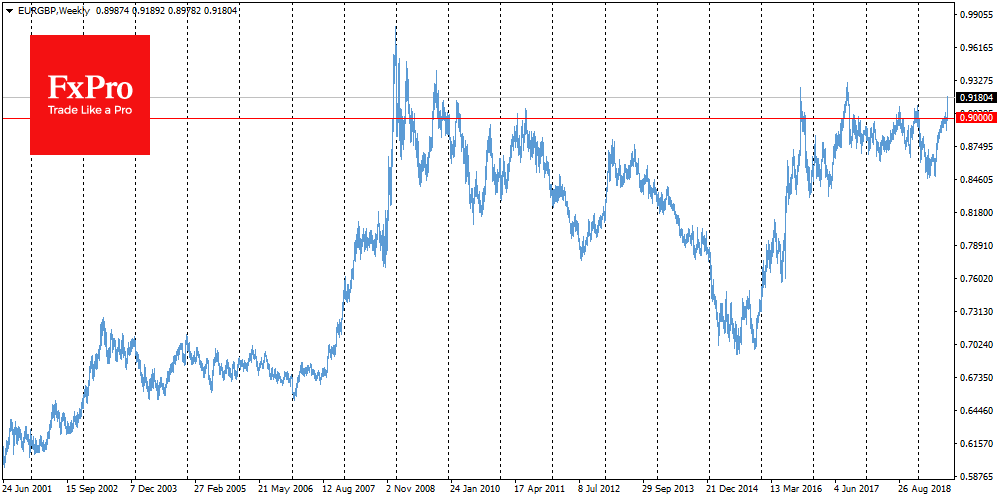 Stocks The pound’s drop contributed to the strengthening of British stocks. The FTSE100 added 2.2% since the beginning of the week to annual highs, the index growth from Friday surpasses 3.4%, which exceeds the scale of the pound’s weakening. This is a clear indication that the stock markets are not yet too afraid of long-term negative consequences for the economy. In addition, the stock’s growth is supported by positive sentiment in the hope that the policy will be eased soon. The Bank of Japan kept the policy unchanged but warned that it will undoubtedly soften it if needs be. In addition, the markets are confident in the cut of the Fed’s rate on Wednesday and are ready to receive signals of a possible further easing of the policy. 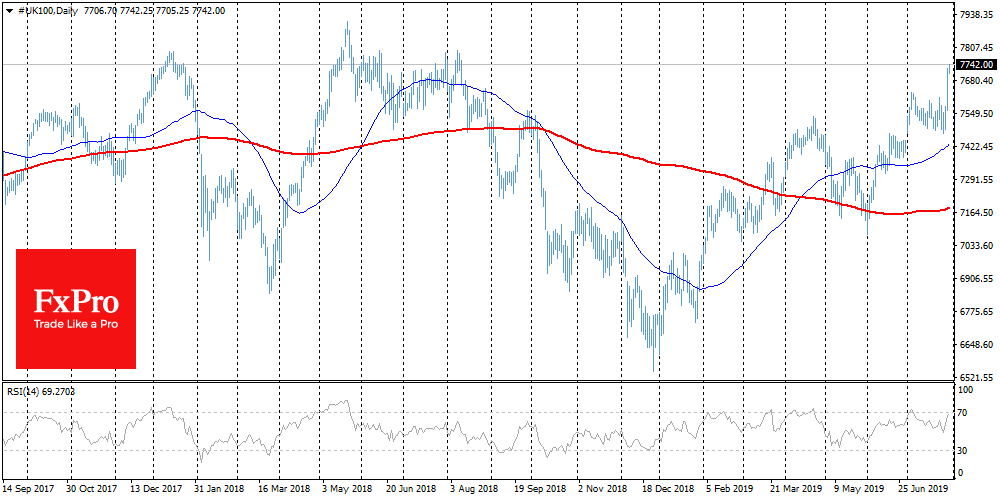