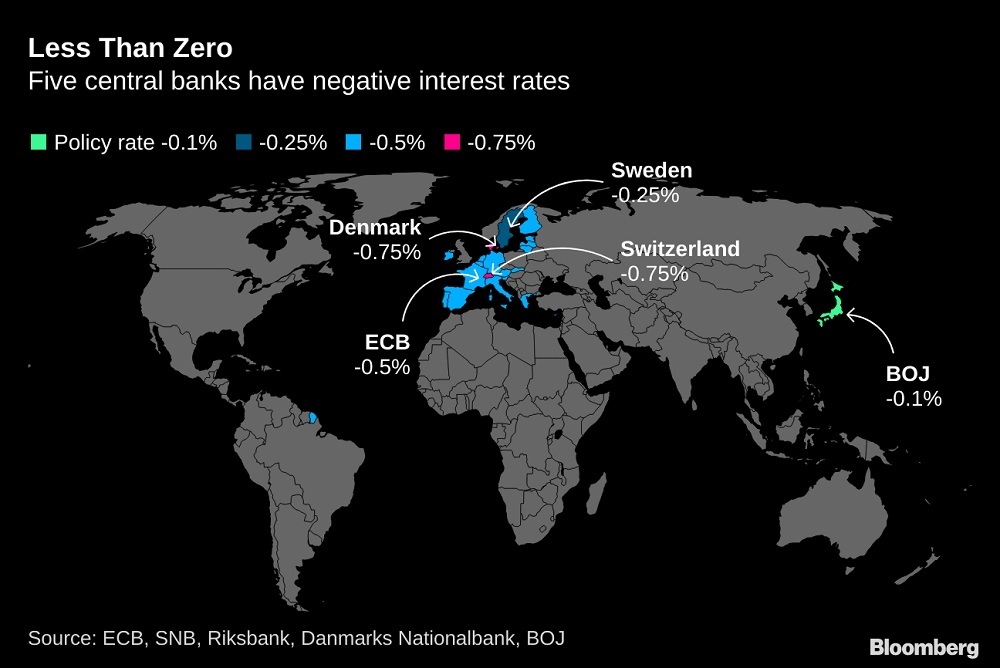 The world’s oldest central bank stands to be the most significant this month as it pioneers a shift away from negative interest rates. Sweden was among the handful of economies that reduced key interest rates half a decade ago below zero. Now officials at the Riksbank — founded in 1668 — insist the policy has done its stimulus work, so their so-called repo rate can stop being negative.

That puts the rich Nordic country in the spotlight of global monetary policy as counterparts watch nervously to see how easy it is for the experiment of subzero rates to be unwound. While the Federal Reserve has firmly resisted U.S. President Donald Trump’s calls to venture into negative territory, officials in the euro zone, as well as Switzerland, Denmark and Japan, all find themselves in the same boat as Sweden.

The Riksbank decision on Dec. 19 promises more monetary action than central banks in the U.S. and the euro zone delivered last week. All 16 economists surveyed by Bloomberg predict a quarter-point increase in Sweden’s main policy rate from the current minus 0.25%.  The Fed on Dec. 11 signaled an extended pause, while the next day, Christine Lagarde, at her first press conference as European Central Bank president, emphasized an upcoming review of the institution’s strategy rather than any impending policy moves.